Davido Reacts To Backlash From Nigerians Over Cynthia Morgan 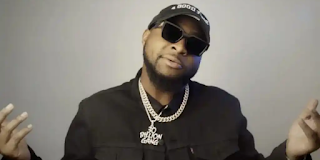 Morgan had over the weekend claimed that she lost all she had, including her name, VEVO account, Instagram account and royalties following a disagreement with Jude Okoye over her contract.

However, Jude Okoye had since dismissedMorgan’s claims while telling his own side of the story.

Davido, in a post on Twitter had offered to help Morgan by featuring her in a new song he’s working on, despite being rude to him in the past.

But Davido’s reaction sparked a lot of reactions on social media as some accused him of being a ‘clout chaser.’

However, the singer took to his Twitter page on Monday to react to the backlash over his decision to help Cynthia Morgan.

His tweet reads: “Most important thing is that she has spoken and people are willing to help, and she will be able to rewrite her steps and have another chance.

“That’s all that matters.”