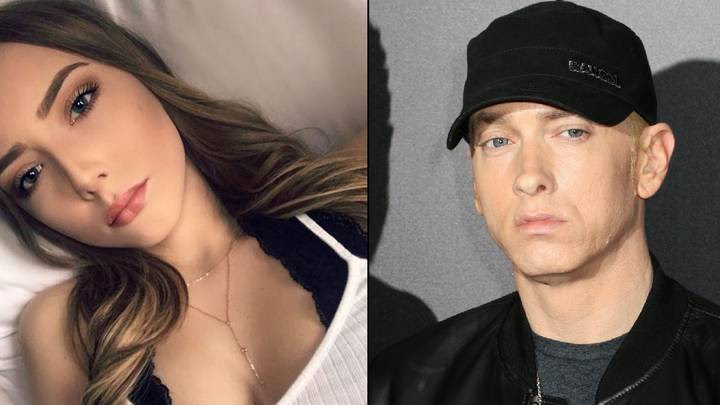 One of the world's greatest rappers, Eminem. 47, has revealed that raising up kids has been his greatest accomplishment.
Eminem, a 15 time Grammy Award winner, gushed over his daughter Hailie Mathers, 24, during Mike Tyson's Hotboxin podcast and said raising her and two of his nieces was his greatest accomplishment.
Hailie is Eminem's only biological daughter and in 2018, she graduated from Michigan State University with a degree in psychology. 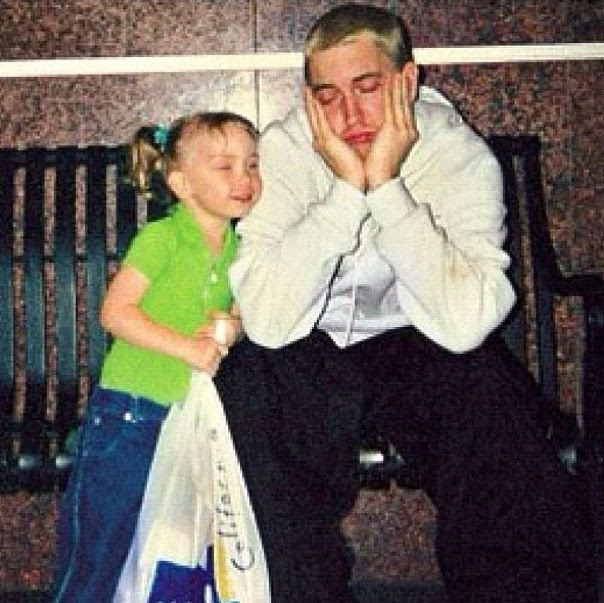 Eminem, who at the early stage of his career said he will be over protective of his daughter, seemingly now approves of her boyfriend, Evan McClintock, who she regularly posts on her Instagram page. 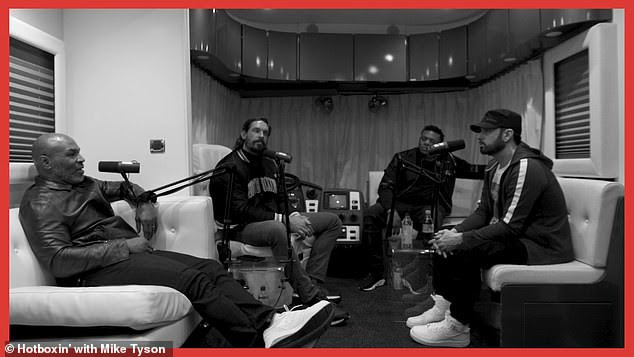 Eminem speaking with boxer, Mike Tyson on his Hotboxin podcast,said;
'No babies, she has a boyfriend, but she’s doing good. She’s made me proud for sure. She’s graduated from college.' 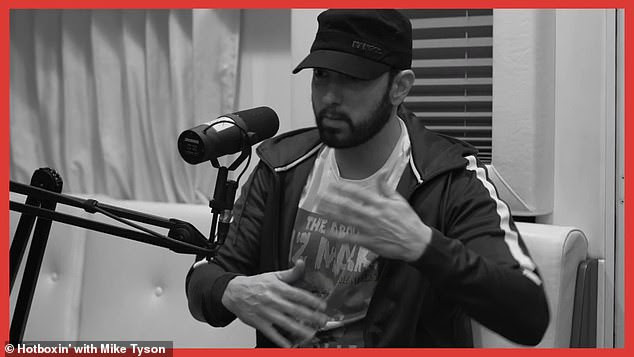 'I have a niece that I have helped raise too that’s pretty much like a daughter to me, and she is 26,' the Oscar winner added during his interview with Tyson. 'And I have a younger one that’s 17 now. So when I think about my accomplishments, that’s probably the thing I’m the most proud of is being able to raise kids.'
'It’s important to keep your kids grounded when they’re in a situation like I have, it’s very important.'
He explained that he struggled during his childhood and that money doesn't buy happiness.
'As a kid never felt like I was good enough, no matter what I did,' he said. 'It’s a psychological thing for anyone who feels worthless in this world. Anybody that feels that and then finds something they’re actually good at, that’s what makes somebody go for that so hard.'
Adding: 'People also think too that money just buys happiness, [but] that absolutely is not the truth. You’ve got to be right inside otherwise none of this s–t means nothing. '

Title : ‘Raising Kids Is My Greatest Accomplishment’ – Rapper Eminem
Description : One of the world's greatest rappers, Eminem. 47, has revealed that raising up kids has been his greatest accomplishment. Eminem, a 15 ...
Rating : 5

0 Response to "‘Raising Kids Is My Greatest Accomplishment’ – Rapper Eminem"