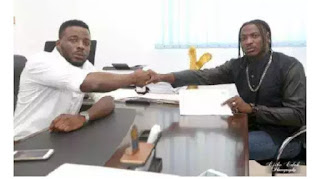 Peruzzi has again taunted his former record label boss, King Patrick for losing the breach of contract case in court.

The internet was thrown into chaos when Parick alleged that Davido and Peruzzi were trying to cheat him after breaching the contract. The music boss shared a lot of secrets and vowed to get justice in court. However, it appears things did not work out the way he wanted as Davido and Perizzu came out victorious. Since then, both parties have continued to throw shots at each other on social media.

In a series of tweets, the “Majesty” singer mocked King Patrick for daring to go against him. He wrote “You Don Fuck Up You Shot Yourself By Yourself. My Lawyers Are Drinking Henny. THIS SUCCESS GOT EM ACTING PSYCHO”

See the Tweets below: 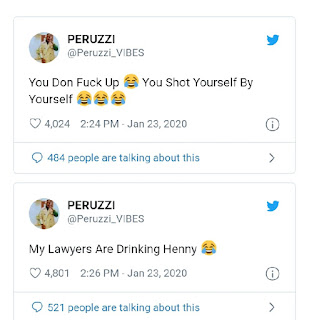