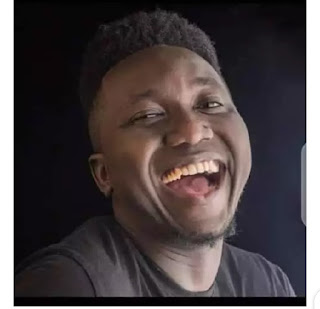 It was a tearful atmosphere as the remains of Multiple Award Winning Broadcaster with Orange FM, Stephen Sotonwa popularly known as Sweet Steve was laid to rest at his Imafon residence in Akure, Ondo State Capital.

The interment which took place on Friday was attended by top government functionaries in Ondo State including Mr. Kunle Adebayo, Senior Special Assistant (SSA) to the Governor on Research and Documentation and Chairman of OSRC and Orange Fm, Joel Ogunsola, SSA on Innovation and Partnerships, Lulu Fawehinmi SSA on Strategic Communication and Tolu Borokini representing Akure South 1 who stood in for the Speaker, Ondo State House of Assembly. 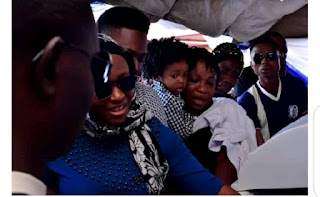 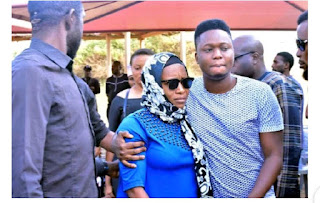 The interment followed a brief lying in state for his remains at Orange fm which was attended by his erstwhile colleagues.

As early as 8 in the morning, His colleagues and fans soberly made their way into the premises of Orange Fm for their last interface with Sotonwa who lost his life in a fatal motor accident last Sunday on the Akure Ondo road. 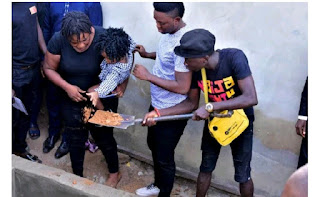 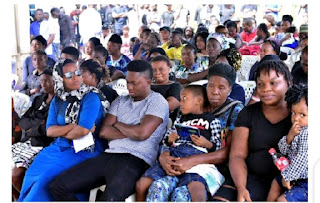 While his remains were being expected, the station relayed a repeat of his last popular Orange Cafe programme which replaced his routine Friday morning programme between 7;30 and 9;30am with his erstwhile partner, Chioma Ogungbenro.

The arrival of his corpse in an ambulance accompanied by his wife Nnena, two kids, family members, and friends at some minutes past 8 am further evoked the tensed emotions.

After a short exhortation by Pastor Yinka Lawani from Winners Chapel, his colleagues paid their last respect by filing past the casket before the train headed for Imafon, his final resting place.

Speaking during the interment ceremony at Imafon, Pastor Benjamin Olumodeji from Winners Chapel said death is inevitable for man and stressed the need for purposeful living for eternal impact.

The Administrative Secreatary of OSRC and Orange fm, Mr. Michael Oshodi who spoke for the media group, described Mr. Sotonwa as a diligent, committed , and talented broadcaster just as he assured that the management will fulfil its statutory responsibilities to the bereaved. 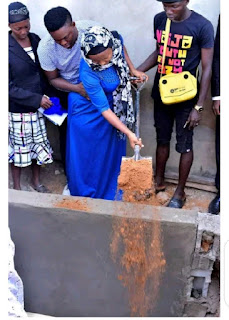 Torrents of kinds words also came from Winners Chapel Youth Fellowship, representative of OAPs outside Orange FM, the FRSC and Special Marshals where he was a member, Entertainers, and Lafta Unplugged, his comedy programme that put Ondo State on the national spotlight.

His remains were later interred after the dust to dust rites had been performed by his immediate family members.

The 35-year-old broadcaster and a Psychology graduate from the University of Ado Ekiti, UNAD now Ekiti State University, EKSU who anchored for many years the popular Orange Cafe programme on Orange fm as well as co-anchored Lunch Grove on OSRC TV is survived by his wife, two children, parents, and siblings.