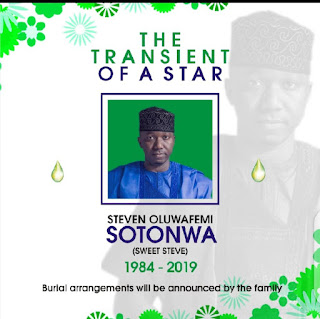 Sweet Steve died on Sunday evening in an accident involving his car and a Toyota Hilux van on the Akure-Ondo road.

A source told newsmen that Steve was driving to Ile Oluji around 5 pm on Sunday when his car was involved in a fatal crash with a Hilux van. 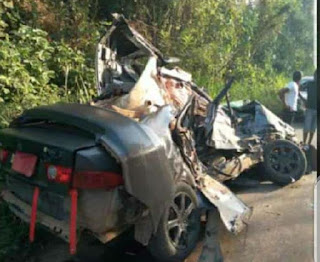 “He was alone in his car and died while he was being taken to the Ondo State Trauma and Surgical Center in Ondo town,” said the source who craved anonymity.

“Four other people also sustained injuries from the accident,” the source added.

Confirming Steve’s death, the management of the Ondo State Radio-Vision Corporation (OSRC) and Orange FM, described him as one of the finest broadcasters in the state-owned radio and TV stations.

A statement by the Administrative Secretary of OSRC TV and Orange 94.5fm, Michael Oshodi, said Sweet Steve’s death has left the entire media group in deep pain and sorrow

“With deep sense of grief, we announce the sudden and untimely death of Mr. Stephen Sotonwa, a Senior Programme Producer and one of our finest broadcasters in the Ondo state Radiovision Corporation (OSRC) and Orange 94.5Fm.

“The unfortunate incident has left the entire media group in deep pain and sorrow as it is a monumental loss not just to the family but Ondo state in general.

“Sotonwa popularly known as ‘Sweet Steve’ on air was a diligent, efficient and talented officer who gave his best to every assignment committed to his care.

“As a corporate entity, we share in the grief of the young family he left behind and pray that the Almighty God grant him eternal rest.“
Sweet Steve, until his death was the host of Orange Cafe on OrangeFM Akure and a pioneer staff of the state-owned radio station which commenced operation in 2012. 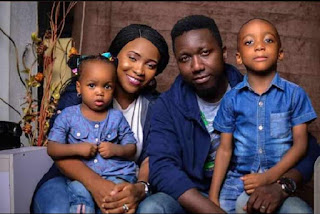 He was also the host of the famous stand-up comedy show, Laffta Unplugged with Sweet Steve.

The last edition of the show was held at The Dome, Akure on Sunday 1st December.

From pray God give his family the fortitude to bear the lost.