Conceive Of No Limits And Your Achievements Would Be Boundless - Ojekunle Ibrahim, OAU Faculty Of Arts Best Graduating Student 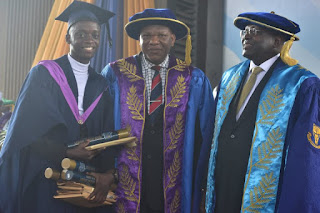 Ojekunle Ibrahim is among one hundred and twenty four first class graduating students produced by the prestigious Obafemi Awolowo University, OAU Ile Ife as announced during the just concluded 44th convocation ceremony of the institution.

Ibrahim who is from Oyo state spoke with VReporters in an exclusive interview on Sunday about his journey before he got admitted to study philosophy and also shared his stories as an undergraduate at the seat of critical thinking department. 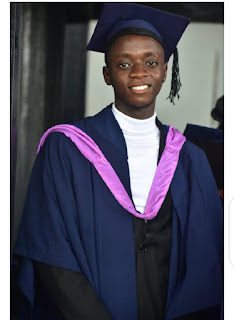 Can I meet you?

“My name is OJEKUNLE Ibrahim Timilehin. A Graduate of Philosophy, Obafemi Awolowo University, I graduated with 4.74.

When asked, if he actually intended to study philosophy or Philosophy chose him ?

“The orientation I had when I was in secondary school was that, if you are an Art student, you should just study law, international relations or mass communication. I wrote my first and last JAMB in 2014. So, I applied for law which is arguably one of the most sought course for an average Arts student . I scored 229 in jamb and 271 in post UTME . Unfortunately, It was the year law cutoff was skyrocketed and I did not meet the cut off.

I made an attempt to cross to law at the end of 2nd semester 100 level but I fell in love with Philosophy at the end and give all adorations to God that my change of course was not granted by the then Head of Department, Prof. Salami. “

When asked, if he had stereotype about philosophy as a course.

“Yes, I have always thought Philosophy is all about arguing about the existence or otherwise of God. But I later tend to realise that Philosophy goes beyond mere arguments about (non-)metaphysical problems but a flexible discipline that aims to sharpen an individual’s thinking ability to enhance sustainability, survival and resilience at any given situation.”

“My journey from part 1-4 in Philosophy Department was an interesting journey filled with some ups and downs. Truth be told, OAU community to a large extent is a conducive environment for learning compared to other campuses. During my stay on OAU campus, there was relative constant electricity supply. Nonetheless, inability to access internet to download papers for research, are among the challenges encountered.”

When asked, if there was any any moment that could be described as his best moment on campus as an undergraduate?

When asked if he breaks any record at the faculty or department?

“I can’t say because I don’t have the record of others who had first class before me,
But I am the first student to win “The best Philosophy Student in Symbolic Logic (PHL301)” Award. They just started giving award for the course, though

When asked about his biggest challenges during his days on campus?

“One big challenge was reading inside cold weather during night reading at any of the lecture theatres.”

What are your future plans?

“My future plan is to become a profound academician whose positive impacts on humanity would be known and felt globally.”

My message to Students:
As postulated by Aristotle, “To Know Thyself Is The Beginning of Wisdom”. Believe and Truthfulness to Yourself. Conceive of No Limits and Your Achievements Would You Boundless.

Recall that OAU churned out over 7, 000 graduating students during its 44th convocation ceremony which held between 11th and 14th of December 2019. 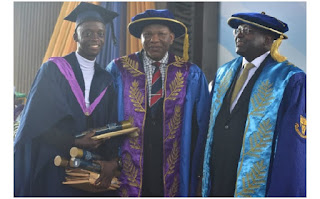 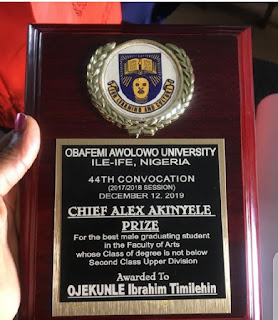 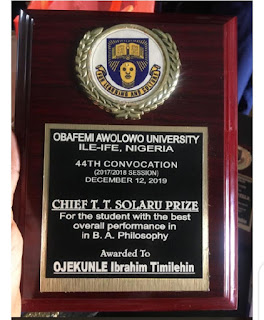 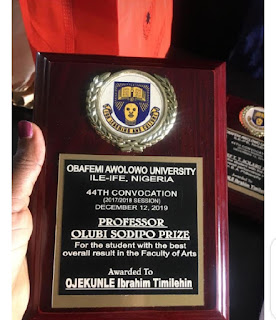 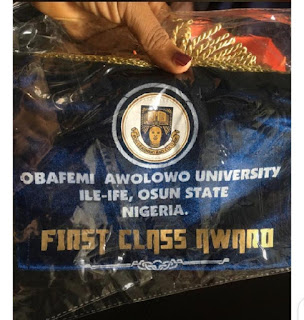 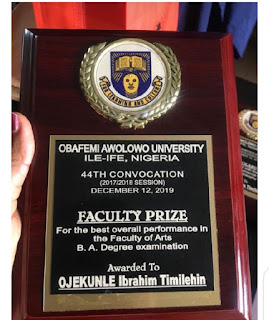 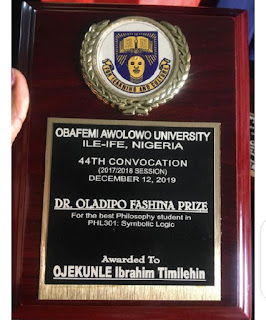 Title : Conceive Of No Limits And Your Achievements Would Be Boundless - Ojekunle Ibrahim, OAU Faculty Of Arts Best Graduating Student
Description : Ojekunle Ibrahim is among one hundred and twenty four first class graduating students produced by the prestigious Obafemi Awolowo Univers...
Rating : 5

0 Response to "Conceive Of No Limits And Your Achievements Would Be Boundless - Ojekunle Ibrahim, OAU Faculty Of Arts Best Graduating Student"