Zlatan Reveals Why He Didn't Feature Naira Marley In His Album 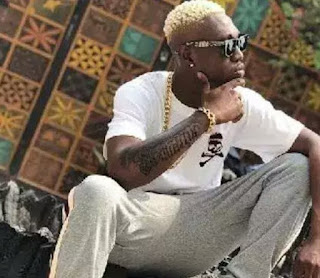 RAPPER and originator of the Zanku dance, Temidayo Omoniyi a.k.a Zlatan Ibile, has said he saw no reason to have his intimate friend, Naira Marley, on his debut album, Zanku.

Zlatan held a listening party for Zanku, which means Zlatan Abeg No Kill Us. The Zanku album which was released on Friday, November 1, is a 17-track album which features top musicians like Davido, Tiwa Savage, Patoranking Barry Jhay, rising artiste – Papisnoop among others with production credit by Rexxie, Speroach Beatz, Kiddominant, Spells, Miraqulous, P Prime and mixed by Spyrit mix.

Zlatan, however, disclosed that he and Naira Marley are working on a joint album which is expected to drop next year.

One of the founders of Alleluyah Boyz Entertainment, the label Zlatan is signed on, Ambassador Irabor Lawrence, said that bringing Zlatan on board has been worth it.

“He is an hard working guy,” he said.

“I believe in him and he also believes in the label. We already had relationship even before he signed the contract and he had over two hundred thousand follows on Instagram so he already has the platform.”

Title : Zlatan Reveals Why He Didn't Feature Naira Marley In His Album
Description : RAPPER and originator of the Zanku dance, Temidayo Omoniyi a.k.a Zlatan Ibile, has said he saw no reason to have his intimate friend, Nai...
Rating : 5