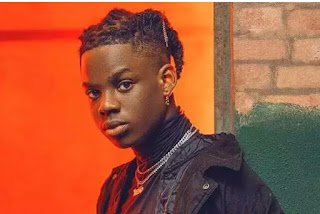 A comparison between Rema and Olamide, Nigerian music superstars, has sparked outrage amongst music lovers and enthusiasts on the country’s Twittersphere.

A heated debate on “who is the bigger star” ensued on the microblogging platform on Monday as the Mavin Records star was compared with the YBNL boss.

While a segment of users outrightly wrote off the contest, describing it as a disrespect to Olamide, a few others were of the opinion that the ‘Dumebi crooner’ is way bigger than the YBNL boss.

“The Mavins PR team have taken this one too far. There’s controversy, and there’s blatant disrespect and desecration of our music history. This Rema and Olamide debate is one that only retards should engage in. Respect the Legends,” a Twitter user said.

“Rema is bigger than who.. Olamide. I need not argue with you. They are parboiling noodles in your brain,” another user said.

Here is how some users reacted to the comparison:

The Mavins PR team have taken this one too far. There's controversy, and there's blatant disrespect and desecration of our music history.

This Rema and Olamide debate is one that only retards should engage in.

Since the day they compared Fela to Wizkid

I gave up I swear #olamide

When Rema wakes up and see secondary school students comparing him to the legend Olamide
Rema:

Rema is bigger than who.. Olamide I need not argue with you. They are per boiling noodles in your brain

Rema is better than Olamide who has been consistent for 8years, won nearly 30 awards, the Greatest Indigenous Rapper ever, the Lord of Street Hop with over 50 Hit Songs. When Olamide was dropping Bars on Yung Erikina, Rema was still drinking Cerelac ffs

You are Comparing Olamide with Rema now??
- Zlatan, Lil Kesh, Adekunle Gold, Chinko Ekun, DJ Enimoney, Fireboy, Pheelz, Young John all grew under him
- 9 albums.
- A mad label.
- Every single is a hit
- His raps are undiluted

Is Something wrong with your sense?

Naira is more than a goal now..
Olamide is a bridge on the journey of Stars>>
Zlatan
Adekunle Gold
Lil Kesh
Fire boy
Young John
Chinko Ekun
Even Phyno
And you are comparing him to Rema? They are frying chin chin in your brain.

The only reason Rema is making wave is because of the hype honestly.
Terri & Barry Jhay are very much better than him.
If not for Nigerians selective criticism, Terri, Barru Jhay, Oxlade drop good songs with quality lyrics but Nigerians chose Beat & poor lyrics they claim to hate

When Dagrin died(God rest his soul), Olamide took up the challenge and single handedly held the indigenous Yoruba rap from going into extinct for many years, helped a lot of artist come to limelight, and you want to compare him with Rema?

This is total disrespect to the Legend!!

Be comparing olamide with one toy called Rema.
Olamide hit track Who you Epp is bigger than rema career.

Some statements just make you wonder how certain people breathe .
How you sit down , think and say Rema an upcoming artist who just had 1 good year in music is better than olamide a consistent entertainer is very very absurd . It’s not even up for debates , it’s disrespectful.

Who the fuck compares a legend to just one upcoming boy?

You’re comparing Rema to Olamide? Is your brain diabetic?

I think the reason Olamide and Wizkid made it big time is because we never compared them to anyone. We simply enjoyed their tunes.

You could be pulling Rema's career down if you guys continue doing this to him.

Let's appreciate Olamide for what he has done, he's doing and will continue to do in the Nigerian music industry.