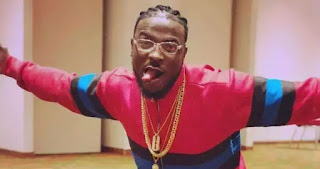 A record label is seeking to stop Tobechukwu Victor Okoh better known as Peruzzi from performing, recording new songs or even featuring in songs of other artists over a record deal that went sour.

Peruzzi who is seen mostly with Davido’s DMW crew members, according to an obtained court document has an existing agreement with GoldenBoy Entertainment. The record label alleges that while it has fulfilled its obligation under the agreement towards Peruzzi, he has in flagrant violation of the terms of the agreement been going about writing, producing, performing and co-performing other musical works for other entities without the consent of GoldenBoy Entertainment.

Part of the obtained court document read. “GoldenBoy Entertainment has commenced legal proceedings against Peruzzi in suit Suit No: LD2902GCM/2018 at the High Court of Lagos State. Rather than submit to the jurisdiction of the court, Peruzzi has been going about threatening officials of GoldenBoy with violence. In addition, he has shown so much disdain and disrespect for the judicial process.”

It went on to explain that, “as it is now, GoldenBoy has not made any amount whatsoever from its intellectual property rights with respect to all works written, produced, co-produced and performed by Peruzzi since the inception of the agreement.”

The 29-year-old had at one point been an object of ridicule among social media users who felt the singer only does well on featured songs. He featured 2018 Big Brother Naija runner up Cee-c in one of his singles titled Majesty and earlier this month released a single where he featured DMW boss Davido.

Peruzzi is not the first Nigerian artist getting enmeshed in a legal battle with a record label as some other big-name artists have fallen out with their labels when it comes to delivering on terms of agreement from both ways.