Intimate Talks: 4 Seemingly ‘Caring’ People Who Can Damage Your Relationship 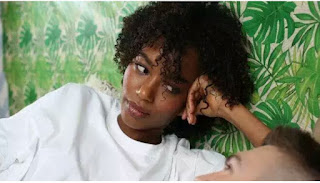 Test audiences watch movies before release and tell the studio what they think. That’s how Pretty Woman wound up with a feel-good ending and why Fatal Attraction wasn’t quite as dark as it could have been. Not to compare your new partner to a gigolo or a psychopath, but your relationship has a test panel, too – friends, siblings, colleagues. The question is: do you take their advice or stick to your original screenplay? Here’s how to avoid calling “cut” prematurely.

The benefit: years of experience
Your office holds a precious resource and, no, we don’t mean that stash of staples you’ve been hoarding since 2004. It’s usually full of a group of colleagues who’ve been coupled up for years. So solid relationship advice probably won’t come from your manicurist; it’ll come from the battle-axe in accounts.

The risk: biased observers
“If you’re close to your colleagues and they’ve heard the trials and tribulations of you and your exes, they’ll predictably favour your side in a relationship battle because that’s the side that’s most familiar,” says Joburg-based clinical psychologist Liane Lurie. That’s great if you need some emotional support, but not if tough love’s in order. Next time they deliver their verdict, repeat it to yourself in the following format: good news, then bad news. US research showed news delivered this way meant people were more likely to action their results. Do it.

The benefit: straight talk
Poets say love is blind, but psychologists prefer the phrase “positive illustrations”. Thankfully, your friends’ eyesight is normally 20:20. According to social psychologist Dr David Le, friends tend to be among the most accurate judges of relationships. That’s because they measure it with an objective yardstick: your happiness.

The risk: jealousy
That said, the green-eyed monster can creep in. One way to check: compare the reactions of friends who are cheerfully committed with those who are single. “If all friends, regardless of their relationship status, give similar negative evaluations, then it’s not likely to be due to jealousy,” says Le. Also keep an eye on your friends’ Facebook activity. A recent German study found that women are more likely to start emphasising their appearance and boasting about their social lives when they’re jealous of their friends. That barrage of selfies might be no accident, after all.

The benefit: priceless intel
Turns out your new partner’s closest friends are actually info gold. “They often have significant influence on the relationship and are especially tuned in and insightful,” says Le. Use them to (subtly) find out about his past loves. It’s a touchy subject for you to raise with him early on, but they’ll be able to shed light on who ended it, why and if he’s okay about it now. Beats rooting around his bedside drawer.

The risk: sabotage
Your partner’s friends’ opinions can become self-fulfilling prophecies. If they don’t like you, chances are they can turn him, too. So use science to make the right impression. Research from Harvard Medical School released some (fairly depressing) intel: people assess your trustworthiness in one-quarter of a second – based solely on your aesthetics. It showed that signature accessories over flashy jewellery, good posture and manicured nails were all things that helped women seem more reliable. Their research also showed that women are perceived as more trustworthy when wearing make-up. We can only assume all research was carried out on Don Draper. Still, get the lippy out.

The benefit: good sense
“The people who are most dependent on us are often the most cautious about our relationships,” says psychology professor Dr Jacob Vigil. “For most women, that’s family.” It’s evolution: we’re wired to pass on our genes. So your folks are subconsciously assessing your partner as a suitable father to their grandkids, says Vigil. They can help you take off the blinders of lust on a mate with long-term potential. Research by Harvard academic Dr Robert Epstein shows love in arranged marriages surpasses the love in the unarranged marriages after five years of being together. So sometimes mom really does know best.

The risk: lofty expectations
Family members have a tendency to be too overprotective of you and scrutinising of partners. Their opinions can generate second-guessing on your part, says Lurie. In certain circumstances however, they may tell the proverbial white lie to shield you from hurt feelings. Catch them out using research in the American Journal of Forensic Psychiatry: people are more likely to press their lips together when asked a sensitive question. If they’ve got an issue with him, they’ll use lots of hand gestures that point inwards – a giveaway that they’re uncomfortable with the conversation. Gesturing outwardly, away from the body, means they’re telling the truth. Also worth remembering when you ask if they’ve spent your wedding fund on the new renovations.

Title : Intimate Talks: 4 Seemingly ‘Caring’ People Who Can Damage Your Relationship
Description : Test audiences watch movies before release and tell the studio what they think. That’s how Pretty Woman wound up with a feel-good ending ...
Rating : 5

0 Response to "Intimate Talks: 4 Seemingly ‘Caring’ People Who Can Damage Your Relationship"