Dealing with Peruzzi At Your Own Risk, Anyaene Warns Davido 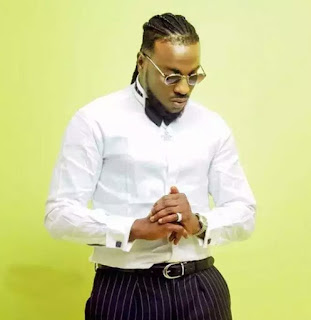 GoldenBoy Entertainment has entered a legal battle with Davido and his singer, Peruzzi, over a breach of contract. In a caveat our correspondent obtained during the week, the record label stated that Peruzzi was still an artiste signed to GoldenBoy. It stated: “GoldenBoy Entertainment has commenced legal proceedings against Peruzzi in Suit No: LD2902GCM/2018 at the High Court of Lagos State. Rather than submit to the jurisdiction of the court, Peruzzi has been going about threatening officials of GoldenBoy with violence. In addition, he has shown so much disdain and disrespect for the judicial process.

“As it is now, GoldenBoy has not made any amount whatsoever from its intellectual property rights with respect to all works written, produced, co-produced and performed by Peruzzi since the inception of the agreement.”

The Chief Executive Officer, GoldenBoy Entertainment, Patrick Anyaene said he was not ready to talk much as the case was already in court.

Anyaene stated: “I can do little against someone who has behaved violently against the court. When I reached out to Davido Music Worldwide, I told them once I was guaranteed that I would be settle, I had no issue with them. Asa Asika, Davido and Peruzzi agreed with me verbally. But I have not been paid any money for a year now. Anything I asked, they would me tell to send my account details and that is all I get.

“After calculations, Peruzzi owes me N120m. That is not something I will argue with anyone because they have been making money from my effort and I have not gotten anything. I have been following every progress of him and I have it on paper. The case is now in court and a caveat has been placed on him. Anyone who decides to do business with Peruzzi does that at his or her own risk.”

Anyaene had raised the alarm last year that all Davido’s songs at that time were his records as it was written by his artiste, Peruzzi. The issue died down and everyone thought all the parties involved had solved things amicably.

Title : Dealing with Peruzzi At Your Own Risk, Anyaene Warns Davido
Description : GoldenBoy Entertainment has entered a legal battle with Davido and his singer, Peruzzi, over a breach of contract. In a caveat our corres...
Rating : 5

0 Response to "Dealing with Peruzzi At Your Own Risk, Anyaene Warns Davido"