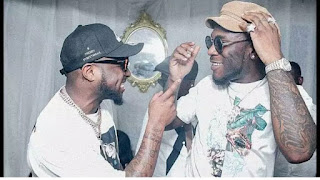 Davido has reacted to the nomination of Burna Boy for the 2020 Grammy Awards.

The Grammys had announced that American singer, Alicia Keys will be returning to host the show.

According to the ‘OBO’ crooner, Burna boy deserves better than a nomination.

On his Twitter page, Davido wrote: “Congrats Burna boy, you deserve more than a nomination.”