Crisis Looms As ASUU Vows To Fight Government To The Finish 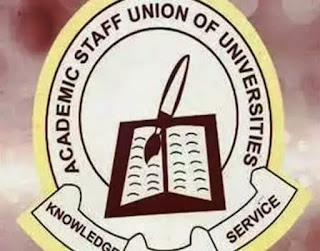 The leadership of Academic Staff Union of Universities on Tuesday vowed to fight the Federal Government to the last on its insistent that members of the Union must enrol on the Integrated Payroll Information System (IPPIS).

National Vice-President of ASUU, Comrade Emmanuel Osodeke, speaking at a ceremony marking 2019 ASUU Heroes’ Day in Abuja, said the Union has made its position known to the Federal Government that ASUU would not join IPPIS.

Osodeke, fielding questions from newsmen restated the position of the Union that there was nowhere in the world that salaries and wages of university staff are paid from the central government.

The ASUU Vice-President said: “The Union has made its position known to the Federal Government and we awaiting the government response.

He added that in line with the best practices in the world and the peculiarities of the university system, every university should have its own structure, noting that every university has its own Governing Council that employ the workers and not the Federal Civil Service Commission.

“Therefore, the Council must determine the mode of payment of its workers and not the Accountant General Office. We are looking at peculiarities of universities and we must fight for it.

When reminded that stopping salaries of university workers would affect them, he said: “When we get there we know what to do.”

On s3x-for-marks scandal rocking many universities in Nigeria, the ASUU President said this was a media hype, saying every university has a law and the laws spelt out how to deal with such cases.

Besides, he said ASUU as a Union has committees on ethics and discipline of members in all the branches, adding that those who are involved in s3xual harassment have been dealt with accordingly.

He said what is happening was that the media tend to have overblown the issues, saying these were isolated cases but were being presented as if it is the general thing happening in all universities in Nigeria.

“Some who were involved have been disciplined, some have been sacked and we even have those who are in jail. But when they are disciplined it does not make the news,” he said.

Osodeke, who earlier read the speech of the ASUU President, Prof Biodun Ogunyemi, at the event, said the 2019 Heroes’ Day marks the second occasion ASUU is celebrating their comrades and compatriots, who have made significant contributions to the growth and resilience of the Union.

He noted that 12th of November of every year is set aside for this Heroes Remembrance Day in honour of the late Festus Iyayi. Iyayi, one of past President of ASUU was killed on 12th November 2013 at Lokoja by the convoy of the then Governor of Kogi State, Idris Wada.

He noted that over a long time some of their members had made sacrifices with some losing their lives in the struggle.

“You are aware of Festus Iyayi who lost his life in the course of the struggle and we felt we should not allow that name to just go like that, which was why we instituted the award and Heroes Remembrance Day celebration to spur the younger ones on the need to make sacrifices.

The hight point of the celebration was the conferment of heroes awards on the former Chairman of Independent National Electoral Commission (INEC), Prof. Attahiru Jega, who was the President of Union from 1990 to 1994.

Title : Crisis Looms As ASUU Vows To Fight Government To The Finish
Description : The leadership of Academic Staff Union of Universities on Tuesday vowed to fight the Federal Government to the last on its insistent tha...
Rating : 5