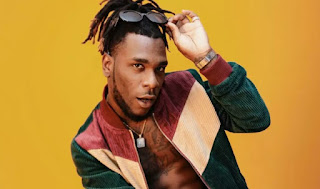 Nigerian celebrities have congratulated Burna Boy on his nomination for the 2020 Grammy Awards.

Wizkid took to his Twitter page congratulation Burna Boy on his nomination.

“You deserve everything and more! From time G.”

Official host of BBNaija, Ebuka Obi-Uchendu wrote: “And Burna Boy is gonna win it too!!! Giant!

He wrote: “Our African Giant has been nominated for a GRAMMY!! Congratulations to Burna Boy, his Mom and the entire team.

“AMAZING, and well deserved. Anything is possible with a little bit of faith and a lot of hard work. So so happy for him.”