Unmarried Hausa Lands In Trouble For Posting This Picture 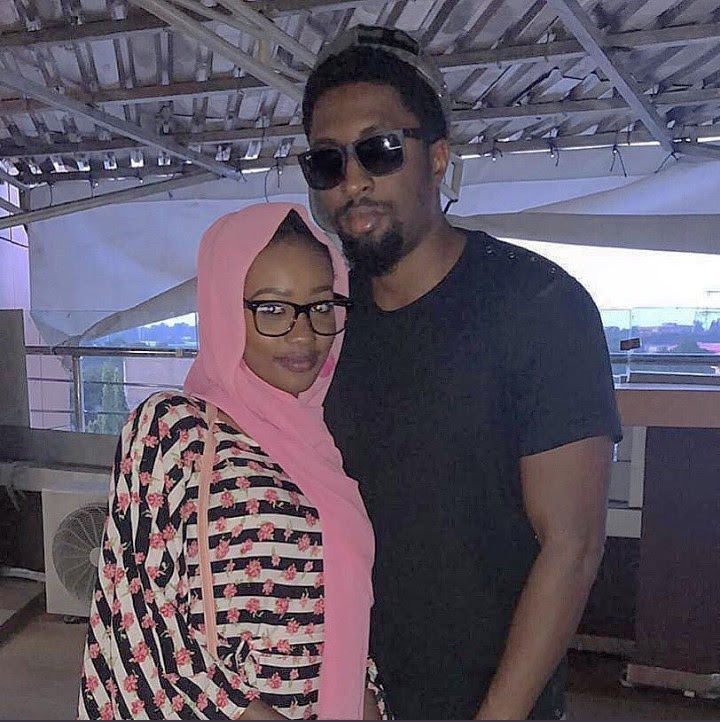 An unmarried Hausa Muslim couple are being criticized on Twitter because of the photo shared by the man.

@officialdeezell shared a photo of him and his woman standing side by side. But Muslim Twitter users accused them of "Haram," promoting "adultery and s3xual material." 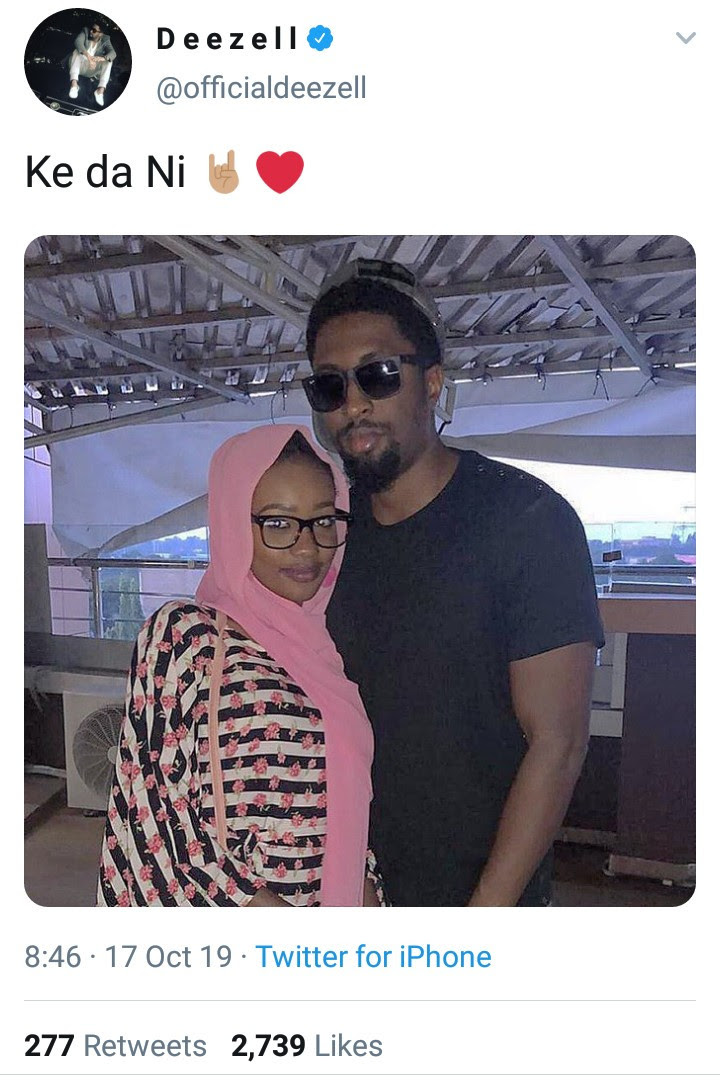 Some quoted Prophet Mohammed, saying "it is better for a nail to be drilled into your head than to touch the palm of a lady who isn't your wife.'

Another said: "Correct your relationship and stop disturbing us."

One Twitter user commented: "Can you hold/touch/hug/shake a red hot iron rod. No you can't. Wallahi it's better for you to touch that than to touch your Non Muharrama!"

However, some people came to the couple's defence and accused their critics of hypocrisy, stating that some of them do worse behind closed doors.

See some tweets below. 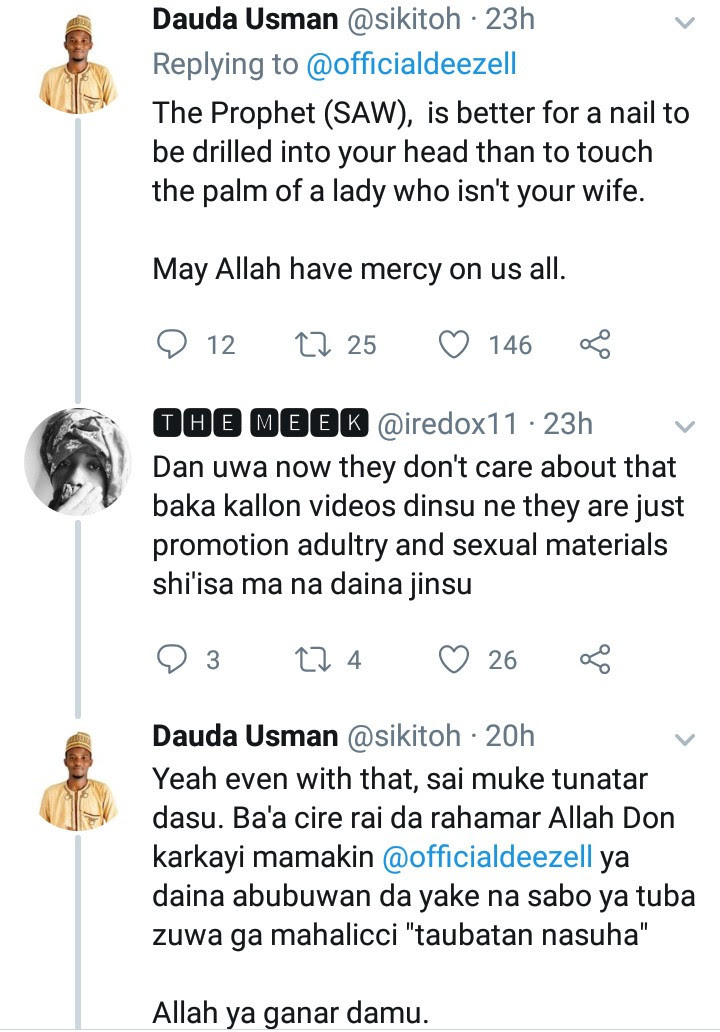 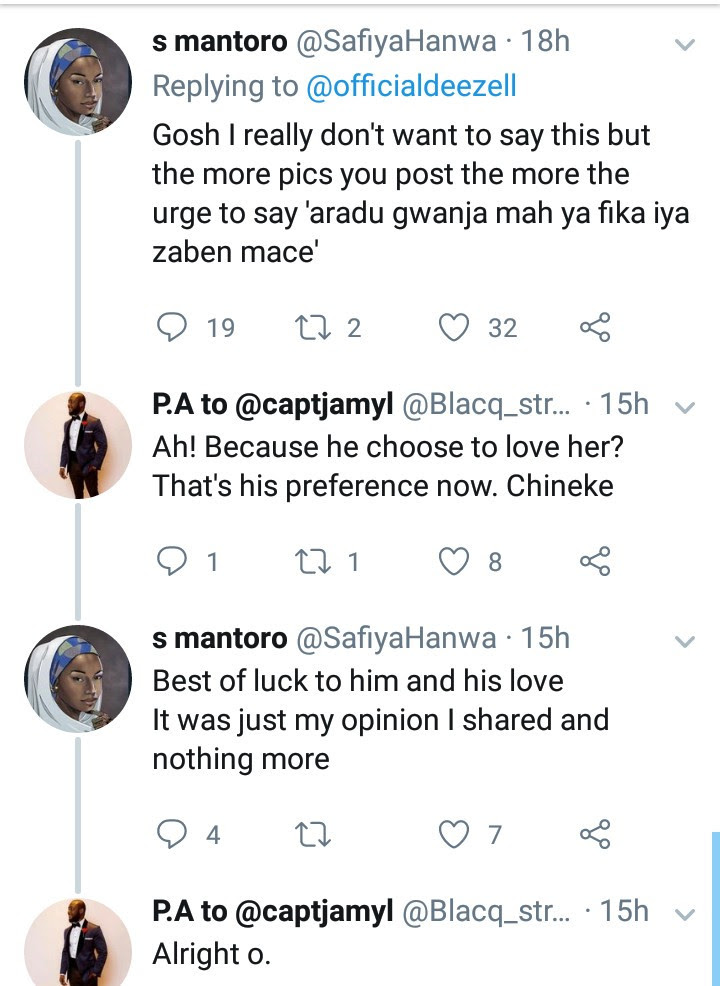 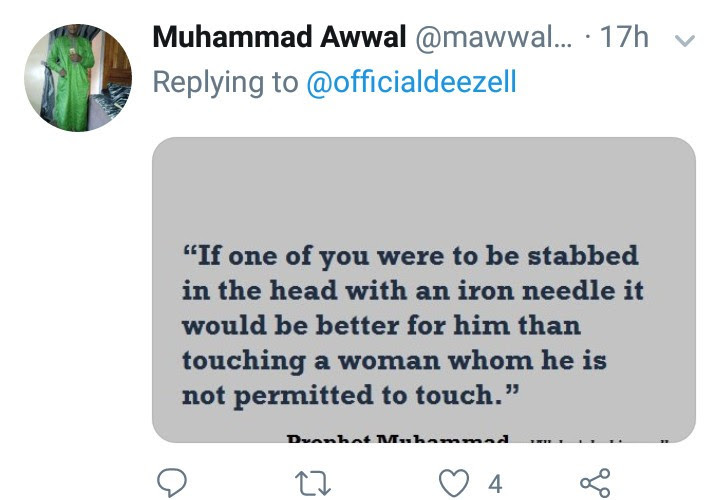 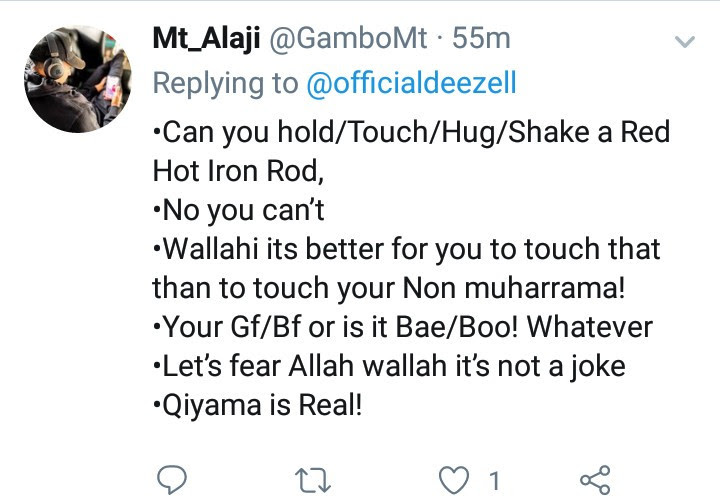 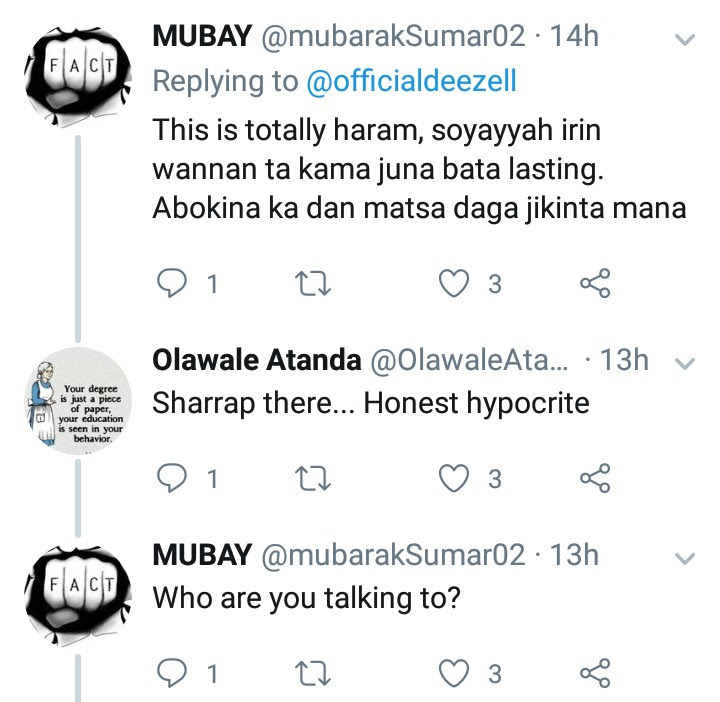 Title : Unmarried Hausa Lands In Trouble For Posting This Picture
Description : An unmarried Hausa Muslim couple are being criticized on Twitter because of the photo shared by the man. @officialdeezell shared a ...
Rating : 5