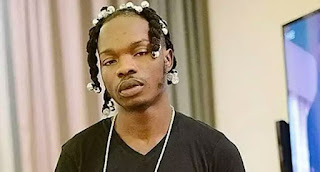 The trial of popular musician, Azeez Fashola popularly known as Naira Marley at a Lagos Federal High Court was on Thursday stalled over a heated argument between lawyers.

The heated argument between the lawyers over their seating space in the courtroom led to the abrupt adjournment of the trial.

The argument was between counsel of the Economic and Financial Crimes Commission, EFCC, Rotimi Oyedepo and that of Marley, Olalekan Ojo.

Following the argument, Justice Nicholas Oweibo appealed to the Senior lawyers to bear with the government over inadequate space in the courtroom.

Oweibo, consequently adjourned the trial till December 11 and 12 for continuation of trial.

Palitomedia had reported yesterday that the prosecution tendered as exhibit before the court an IPhone and Laptop belonging to Marley, who is facing fraud charges.

The EFCC had preferred an 11-count charge against the musician bordering on conspiracy, possession of counterfeit Credit Cards, and Fraud.

Also mentioned in the charge is one Yad Isril, who is said to still be at large.

The Popular singer was arraigned on May 20 before Justice Oweibo, but he denied the charges.

Following a bail application by defence counsel, Mr Olalekan Ojo, the court had granted Fashola bail in the sum of N2 million with sureties in like sum.