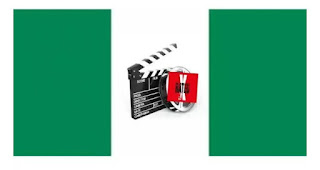 In Nigeria, nobody watches p'0'rn. We are a morally upright people who wouldn't indulge in such wanton indecent behaviour.

If there is any country more hypocritical than our dear nation, such country doesn't belong on this planet. We abuse politicians of embezzlement and high handedness yet we celebrate and worship our family members or friends who get appointive or elective positions in government. A local councillor earns less than N200,000 monthly, yet his family members would insult him of not being smart if he doesn't build a house after his tenure. The same family that will go back to abuse everyone in government of being thieves would eulogise their own brother and present him with all sorts of honorary titles. Do I need to announce what criteria is used in deciding who become deacons in churches (that is a story for another day).

Around here, nobody has openly admitted to watching p0rn or even knowing of its existence, yet top p'0'n sites rank highly on our radar. A lot of X-rated sites get huge viewership from our saintly Nigeria while pirated adult content cds also make incredible sales yet nobody admits to watching p'0'rn.

To validate our silent ignoble love for p'0'rnography or do we call it 'blue film' or 'mojo', several Nigerians have now taken it as an occupation to work in the industry.

Apparently you didn't know that Nigeria has a thriving p'0'rn industry, yes we do and this piece will give a brief histogram on the fast growing newly bred industry which is an unofficial offshoot of our dear Nollywood.

Before now, Nigeria had the duo of Afrocandy and Maheeda who battled over who was the real queen of explicit content in the country, but none of them was daring enough to get into some real time action until the arrival of a certain Tobiloba Jolaosho better known as King Tblak HOC.

With several monika, Tblak has established himself as the Hugh Hefner of Africa, adopting the Playboy mansion style to groom ladies and film himself having s3x with them. With about four years in the business, Tblak has moved from masked girls to daring colleens who according to him get well paid. Tblak from observation is a failed musician and unpaid yahoo boy who took advantage of the immoral thirst of a huge audience to create a community for himself. He has a website where only subscribers are allowed to view his videos. The Nigerian p'0'rn king also engage in the sales of s3x enhancers and other related products to complete his erotica entrepreneurial zeal.

These days, several HOC girls have gone on to establish their own p'0'rnography imprint to make adult content videos which gets posted online to be viewed for a fee.

A quick roll call of former proteeges of Tblak would reveal names like Lady Gold, Delphina Joy aka Savage Trap Queen, Peace Olayemi and more recently Elizabeth Ajibola also known as Maami Igbagbo. It would be recalled that Tblak once called out music act, Oritsefemi for trying to sleep with Maami Igbagbo whom he referred to as his wife before they fell apart.

Like Tblak, these ladies have gone on to establish their own identity in the Nigerian p'0'rnography industry while also making lots of money from downloads and streamlines as well as product endorsements.

Like Tblak, several others have also tapped into the p'0'rn business in Nigeria while adding some sort professionalism to their industry.

Failed Nollywood actor and producer, Krissyjoh Chris who has brought his filmaking expertise into Nigerian p'0'rn is also a player in the industry.

Like Tblak, Krissyjoh acts in and directs all his own movies but unlike the African Hugh Hefner who is the only male cast who handles all his girls, Krissyjoh employs other male p'0'rnsters to appear in his flicks.

As it stands, the two leading actresses in the industry are Maami Igbagbo and Mareme Edet (Uglygalz). These p'0'rnsters used to be very close friends before falling apart over who was superior in the industry.

Asides p'0'rnography websites, premium accounts on Snapchat and Whatsapp have also helped players in the industry make more sales as they get direct subscribers, some of who pay for private video calls.

Paying a close attention to the industry, it can be deduced that most of the practitioners are either failed actors or women of easy virtue and high level courtesans.