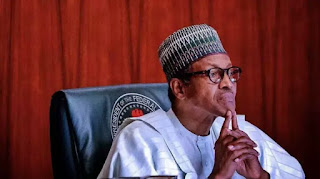 The College of Education Academic Staff Union (COEASU) says its members will not join the Integrated Payroll and Personnel Information System (IPPIS) until some complaints raised by the union are addressed.

The North-West Zonal Coordinator of COEASU, Malam Muawiyya Usman, disclosed this in Gusau on Friday, at the inauguration of the newly-elected executives of the union at the Federal College of Education (FCET), Gusau.

Usman said the union was making consultations with the office of the Accountant-General of the Federation over the issues, adding “we will continue to wait until when the issues are resolved.

“We don’t want our members to be involved in salary shortage and other challenges experienced by some MDAs that had implemented the system earlier.

“As I speak, the national leadership of the union has not reached conclusion with members of the union on joining IPPIS until our peculiarities are addressed.

“Therefore, let’s ignore any form of propaganda regarding this matter until new information comes from our leaders.

“Although, we are aware that IPPIS is a presidential directive, we are not against it; but as workers, our complaints should also be considered,” he said.

The coordinator urged the newly-elected executives to ensure justice and fairness during their four-year tenure.

“Let us forget all our differences; we should be cooperative and united in order to move the union forward.

“Politics is not a do-or-die; election has come and gone; we must resolve all our differences in order to forge ahead”, he said.

Speaking on behalf of the new executives, the Chairman of the union, Dr Umar Jabaka, promised to work for the progress of the union and wellbeing of members.

He appealed for more support and commitments from members to move the union forward.

Recall that the Academic Staff Union of Universities (ASUU) had also kicked against the enrolment of federal universities into IPPIS.

President Muhammadu Buhari had recently issued a directive for the implementation of the IPPIS for payment of salaries of all federal government workers.

The president had said that any worker not enrolled on the IPPIS platform would not receive salary with effect from Oct. 31. (NAN)