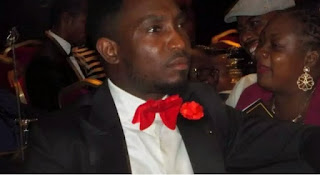 Timi Dakolo, popular Nigerian singer, has condemned the xenophobic attack on Nigerians and other foreigners in South Africa.

Dakolo described the attack as an attitude seen and displayed by animals.

A video had surfaced online of South Africans attacking some Nigerians and foreigners in the country.

The President of the Nigeria Union South Africa (NUSA), Adetola Olubajo who confirmed the development to NAN, said the attacks began on Sunday morning in Jeppestown area of Johannesburg when a building was set ablaze by an angry mob.

“The mob also looted several shops that were around the vicinity suspected to be owned by foreign nationals. But the Police later dispersed the mob and made some arrest.

“Late in the evening of Sunday, Sept. 1, a group of violent locals suspected to be Zulu hostel dwellers besieged Jules Street in Malvern, Johannesburg looted and burned shops/businesses,’’ he said in a statementmade available to the News Agency of Nigeria (NAN) in Lagos.

Reacting to the development, Dakolo, who took to his Instagram wrote: “Xenophobia is an attribute seen and displayed by animals.

“It is beneath us as humans. Killing your fellow human for no reason will never be ok.

“Our government must take actions now, show the world it is not ok to harm a Nigerian here or anywhere else in the world.”