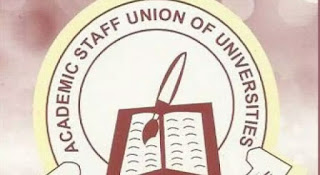 The Academic Staff Union of Universities (ASUU), on Monday, said that the Nigerian government should take the blame rather than its South African counterpart over the attacks and looting of property of Nigerians in South Africa.
ASUU said that about 50 percent of top-notch scholars in South Africa were Nigerians, noting that Nigerians, who were seen as mere greener-pasture seekers would always be exposed to attacks by their host countries.
The Union stated this through its national president, Professor Biodun Ogunyemi, when addressed newsmen after the National Executive Council meeting of the association held at the Federal University of Agriculture, Abeokuta, Ogun State.
He explained that migration of Nigerians to South Africa had been informed by the poor economic situation in the country.
According to him, South Africans would only respect Nigerians residing in their country if the migration was mutually dependent.
He said, “There are two dimensions to xenophobic attacks; there are pull factors and there are push factors. There is a problem if migration is not two-way; it is means you are more dependent rather than being mutually dependent.
“The situation we had seen in Nigeria is that the movement that we do is more of push factor by our own environment here.
“We are conscious of a position of weakness in which poor leadership has put this country. We have the resources to compete and beat South Africa on any ground such that the respect would be mutual. But today, they see us as dependent, inferior and people they could just discard with.
“If you go to South African universities, maybe, 50 per cent of their top-notch scholars are people from Nigeria or tutored by Nigerians.
“The academic and intellectual community in South Africa respect Nigerians. But, when you now start to compete with their income section, there is bound to be conflict.
“If we fix our country, South Africa will respect us. We lost our respect the moment we can no longer cater for our citizens. Even if we bring back people from South Africa and we don’t have plans for them, they will still find a way of going back.
“ASUU believes that Nigeria is not inferior to any country in this world; what we only need to do is to get our act right. Fix our country – even leading countries in the Western world will respect us. We remain dependent and that is why we call Nigeria dependent peripheral rentier country. Nigeria operates at the fringes of global economy.
“If we have a country that does not respect its intellectual community, that country will never witness what we call transformation because education is the catalyst to development; but we shun education scholars here.”

Title : Xenophobia: ASUU Finally Breaks Silence, Reveals Reason For Attacks On Nigerians In South Africa
Description : The Academic Staff Union of Universities (ASUU), on Monday, said that the Nigerian government should take the blame rather than its South...
Rating : 5