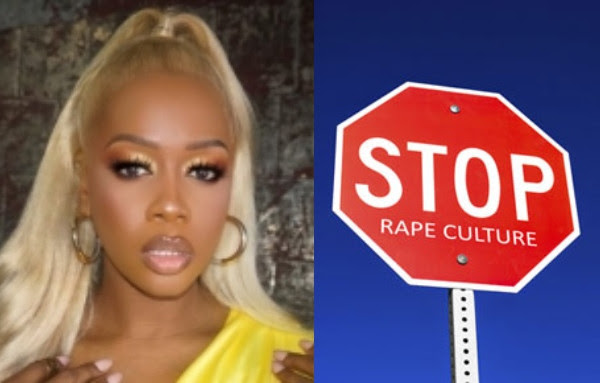 Remy Ma ignited an online outrage over her comment in which she likened women who sue for money after being raped to prostitutes.
The rapper made the comment on the recent episode of Revolt's State of the Culture in which she discussed the rape allegations against NFL player Antonio Brown with Joe Buden, Brandon "Jinx" Jenkins and attorney Eboni K. Williams.
While the discussants argued on whether or not an injury is the only thing that can sideline an athlete’s career, Remy Ma raised an alarm over the timing of rape accusations against celebrities and suggested that there’s an “agenda” at play.

“This s**t sounds crazy to me,” Remy said. “Every time we here about [an alleged rape], it’s never like it happened this morning, yesterday, [or] over the weekend. It’s always five..seven years ago, this happened.”
“It’s all about money because one of the accusers is asking for $2 million,” she said of Brown. “If you raped me, my sister, my daughter, my anything, I don’t want your money, I want you castrated. The things that I want done are crimes.”

Williams however countered her comment by saying that women who seek compensation might be using the money to pay for therapy and other things.

“Could that be compensation though? Because I hear that a lot, ‘if it was a rape, first of all, why are you not going to criminal court? Why are you not going to the police and he’s not arrested?’ [Brown's] first accuser went the civil route. She filed a lawsuit, she’s asking for money, but some people feel like that’s the compensation that they want.”
“That’s called prostitution,” Remy replied.
“I don’t think so,” Williams said.
“It seem like in a lot of the alleged sexual assault cases, the women are asking for money,” Remy added. “To me, any exchange where sexual acts are being compensated with money, that’s prostitution.”
Budden noted that prostitution involves consent to which Remy replied, “Really? In one instance they’ll be like ‘it was so horrible, he did this to me… but give me $2 million and I’ll go sit over there and I won’t tell anybody.’”

Title : Women Who Get Raped And Sue For Money Are Prostitutes – Popular Rapper
Description : Remy Ma ignited an online outrage over her comment in which she likened women who sue for money after being raped to prostitutes. The rapp...
Rating : 5