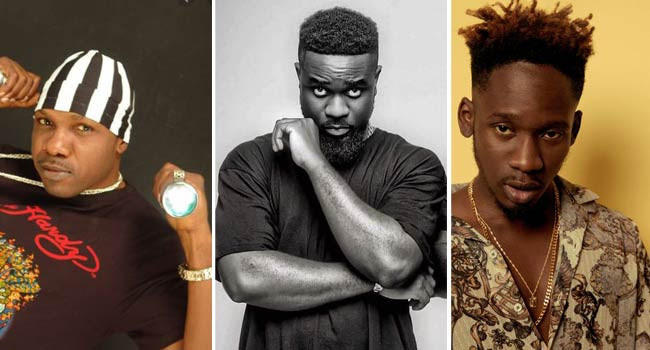 Days after Zaaki Azzay threatened to sue Mr Eazi and Sarkodie over an alleged rip-off of his 1996 song 'Marry me'  in their new song 'Na You', the veteran singer has served an update on the copyright infringement notice.
Speaking to Sunday Scoop, Zaaki said Mr Eazi reached out to him after putting up the notice on Instagram. He said the "Leg Over" crooner apologized and also promised to give him his due benefits.

He said, “Mr Eazi called me yesterday night (Wednesday) and we spoke from about 1 am till 3 am. I must say that I was impressed with his level of humility and honesty because he spoke well. Firstly, he apologised and said the song is not his and he expected that Sarkodie would have done the right thing by reaching out to me before releasing the song. He was surprised that Sarkodie did not do that. He then apologised and gave me his word that he would acknowledge me on the song and also give me my due benefits. As a result of our discussion, all legal actions are on hold.”
“In Africa, we are growing. If it were before, we probably wouldn’t see it as a big deal. But now, everybody has seen that music is a big business and nobody is ready to play with his intellectual property anymore. With the way I reacted and how people responded, it shows that people are watching and are aware of what is going on" he added.

Title : Mr Eazi Has Apologized To Me Over Copyright Infringement – Zaaki Azzay Reveals
Description : Days after Zaaki Azzay threatened to sue Mr Eazi and Sarkodie over an alleged rip-off of his 1996 song ' Marry me'   in their new s...
Rating : 5