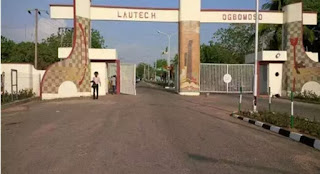 Crisis is looming again at the Ladoke Akintola University of Technology, Ogbomoso as the Academic Staff Union of Universities (ASUU) have threatened to frustrate academic activities if Osun State Governor Gboyega Oyetola refuses to pay their outstanding two months’ salaries by the end of September.

ASUU claimed that Osun State Government which is scheduled to pay subvention between July and December 2019 only paid in July and refused to pay for August and September making payment of salaries impossible.

Rising from their Congress on Wednesday ASUU resolved to put the public on notice that it should not be blamed if academic activities become disrupted again.

According to the Union, all entreaties to ensure that Osun State government pays outstanding salaries have not yielded any results.

Title : Fresh Trouble Looms In LAUTECH As ASUU Threatens To Disrupt Academic Activities Over Unpaid Salaries
Description : Crisis is looming again at the Ladoke Akintola University of Technology, Ogbomoso as the Academic Staff Union of Universities (ASUU) have...
Rating : 5