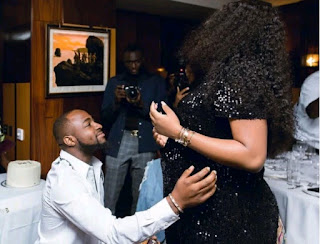 Music superstar, Davido has finally confirmed that his fiancée, Chioma, is pregnant.

Davido further revealed that the baby would be a boy.
He wrote “#LILOBO”, meaning a little version of him.
OBO is acronym for Omo Baba Olowo (son of a wealthy man), a slang David Adeleke (the musician’s real name) coined.

The news came 24 hours after he proposed to his lover.
The ‘Assurance’ crooner announced the proposal on his Twitter page on Thursday. 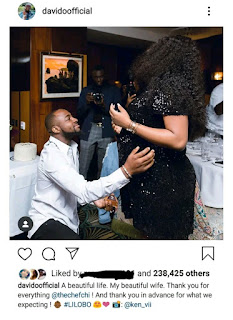 The 27-year-old on September 5th, had his introduction ceremony with his would-be wife’s family.