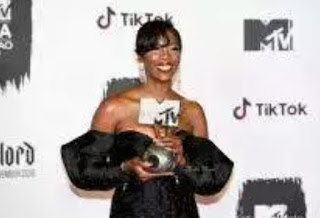 Mavin Records first lady, Tiwa Savage has reached out to fellow ladies who, instead of treating her like one of them, are rather giving her the cold shoulder like she was some sort of stranger. The songstress has now reacted.

Tiwa Savage has indeed done well on the music scene, especially after she joined the Mavin Records gang. She grew to become the most famous female artists in Africa and arguably the richest. Her achievements got some female rivals jealous that they called her out over nothing on a couple of occasions. She even had a fight with Yemi Alade.

In Tiwa Savage's opinion, these ladies should rather get encouraged by her achievements and take bold steps to mount up to higher heights instead of hating on her. She expects them to be inspired by her works and try to do great things for themselves. But the ladies only hate on her and she thought it wise to address them on Twitter. She tweeted:

“For all the women trying to undermine my achievements, I don’t pray the same for you. One day you will realize it should inspire you and not make you hate.”

Title : Tiwa Savage Addresses Women Who Undermine Her Achievements
Description : Mavin Records first lady, Tiwa Savage has reached out to fellow ladies who, instead of treating her like one of them, are rather giving h...
Rating : 5

0 Response to "Tiwa Savage Addresses Women Who Undermine Her Achievements"