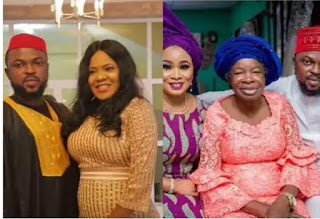 Trending on social media are photos reportedly from the introduction ceremony of Nollywood actress Toyin Abraham and her long-time fiance, Kolawole Ajeyemi.

Fans are currently congratulating the actress on what is believed to be her introduction ceremony with fiance Kolawole Ajeyemi. 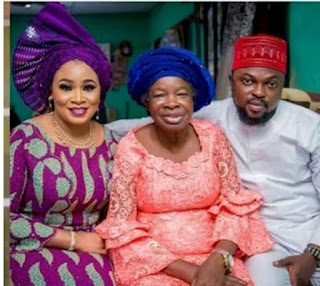 In the photos trending, Kolawole is seen with his mother and a lady believed to be the elder sister of the actress and her mother. In another photo, Toyin is pictured with a bridal makeup and hairdo.

According to some reports, the lady; who some believe is her sister, is merely serving as a distraction all in the aim of keeping the ceremony lowkey.

Recall a while ago, Kolawole himself even denied having anything to do with the actress. Regardless of all these, fans strongly believe the two are actually an item and have finally made it official by holding their introduction ceremony. 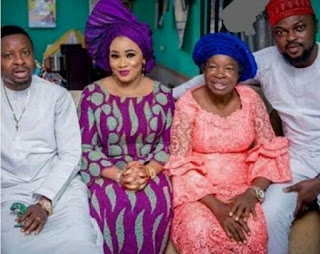 Recall that Abraham was formerly married to actor, Adeniyi Johnson but the relationship came crashing down after two years. Johnson moved on to settle down with Seyi Edun and the two seem to still be waxing strong.