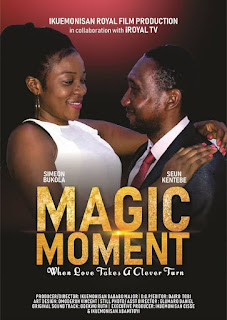 An intriguing romantic-comedy _Magic Moment_' is set to hit global internet space in a short while.

The film was written, and produced by a history graduate of the prestigious Adekunle Ajasin University, and former President of the Nobel Faculty of Arts Students' Association, *Ikuemonisan Bababo Di'Major*. 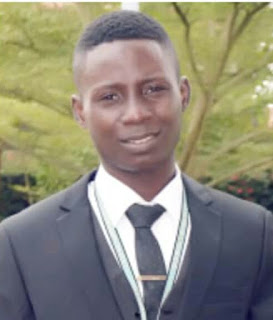 He tells the story of a young and ambitious Law undergraduate who fell in love on her first day on campus.

According to the producer of this classic movie, _Magic Moment_" is an exquisite masterpiece of a film in terms of its rich rhythmic score and depth of the story.

It takes the audience on a sojourn. It offers amazing twists and turns.

Thus, engaging, shocking and entertaining the audience, and above all, fulfilling the didactic essence of literature.

Apparently, making it a film to see!"
The film shot within the enticing and architectural fascination of Lagos-Island and Lagos State University (LASU) star Nollywood Award-Winning and Multi-talented actor Seun Kentebe and sensational screen goddess and model Simeon Bukola.
The film _Magic Moment_

*Official teaser drops-20th of July, 2019
While the film releases/premieres- 27th of July, 2019 via iRoyal TV, a youtube channel.
Click This Link  to subscribe and be the first to see it.

Title : Magic Moment - A Film By AAUA's Graduate Set To Hit The Internet
Description : An intriguing romantic-comedy _Magic Moment_' is set to hit global internet space in a short while. The film was written, and produ...
Rating : 5