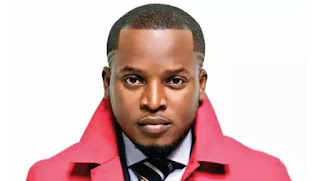 Rapper, Lanre Dabiri, popularly known as Eldee the Don, has said he doesn’t regret leaving the Nigerian music industry at all. In an interview with Saturday Beats, he noted that every area of his life had been affected positively by his decision to leave music. Eldee had previously announced that he was leaving the Nigerian music industry some years ago.

He said, “I made a conscious decision not to be an active musician in 2012. It wasn’t like I was trying and it wasn’t working. I realised that with the path that my music was taking me, I wouldn’t have time for my family and they are more important. Also I didn’t want to raise my children in the environment that I was in at the time; I needed to take them away because they had better options.

“I didn’t want to be that guy that people would post his story online that he needed money to treat himself. I am glad I made the decision when I did; I am in a much better place mentally, physically and financially. I don’t regret leaving the music industry. I miss the creative part, but I don’t miss all the troubles that come with being a Nigerian musician. I never would have been that guy to have baby mama issues; it is about character,” he told Saturday Beats.

He said, “Music in Nigeria has hit the global stage; this was the dream that I had when I was starting out. It is not at its peak yet, because we need other artistes to do more tours globally. Music has really grown and it is doing a lot. The reason I started my own record label initially was because no one believed in my kind of music. I have never been in that position of being signed under a record label.

“However, l know a lot of people who have been in that situation; the reason I did the podcast was because I wanted to be sure I shared that perspective from a non-biased and unemotional position; a lot of times when we talk about these things- (artiste and record label relationship); it is always from an emotional standpoint; in the sense that everyone takes the position of the artiste because that is the person they are probably close to.

“Nobody looks at the business side of it and how it impacts the entire ecosystem. Our music is so powerful right now, that if the top labels come together, we can actually compete with some of the major labels internationally. But we don’t have one cohesive force to drive this to where it ought to be. The focus is not on the bitter relationship; it is on the fact that there needs to be a better understanding of how the music business works and why everyone needs to understand the role that they play in that ecosystem.

“If you understand how record labels work, when you are signed to one; your expectations of what the record label should do for the artistes and what they should do by themselves to be successful will be very clear. This is not clear to a lot of people. Some people think a record label is just a sponsor; an institution that is supposed to help them get out there.

“They forget that the record label is going to use their money and leverage their relationships and networks to get the artiste to that point and they are not doing that because they are a charity organisation. They are spending their own money because they are also a business venture.

“If people who want to invest in music recognise the fact that artistes after a year want to run away; then no one would invest in music and the entire music ecosystem will collapse; and unfortunately, that is what is happening.”

Eldee recently trended on social media after he made a post about how people should be mindful of what they read and the people they associate themselves with. Following this post, a social media user trolled him by saying his motivational post wasn’t relevant. Speaking with Saturday Beats, he noted that he made that post to create an awareness of what is most important in life.

He said, “I think I had one response; my response was that someone who doesn’t read cannot argue against reading. It is like someone judging a dish they have never tasted before. The reason why I stopped at that point is because people react that way when they do not understand some things.

“The post basically talked about how the books and the company you keep impact on your personality; I never said it was going to make the person rich. Anytime we talk about progress in Nigeria; they think it has to be related to money. I dropped the conversation because it was like an adult trying to have a conversation with a two-year-old.”

The rapper once made a tweet about how his song, ‘I am a big boy’ contributed to the rise in fraud amongst youths in Nigeria. When asked if he regretted ever producing the song, he said he had no regrets but would do things differently if he could.

“I don’t regret singing my song – ‘I am a big boy’; if I had the chance to do the same song now; I probably wouldn’t do it, based on what I know now. I don’t regret that I did it; it had its own impact. It is just that based on what I know now, I might have done it differently. I was embedded in the culture; it was a function of what I knew and understood at the time. That was all I knew and it is safe to say that I was appealing to my audience,” he said.