Olamide Gives Update On Changing His Approach To Music 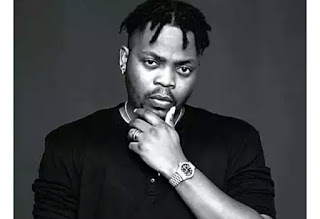 Indigenous rapper and Yahoo Boy No Laptop (YBNL) record label founder, Olamide Adedeji, popularly known as Baddo has said he had no plans to change his approach to music even if it does not go down well with some people.

Having released two singles this year, the rapper said he was not worried about those who want him to conform to their style of music, adding that his plan is to keep doing his music the best way he feels.

Reacting to a report which claimed that his songs lacked substance and lyrical contents that could add value to people’s lives, Olamide said he had been in the game for a long time to know what the people want and how not to be swayed by what the public demanded.

The Oil and Gas singer added that he welcomed all criticisms but they would not change his style of music. According to him, those who love his songs don’t have any problem with any dimension he chooses because they only care about being entertained.

The father of one, whose record label had produced stars like Lil Kesh, Adekunle Gold, Lyta, Emi ni Davo Lee and his latest addition, Fireboy, hinted that for the rest of the year, he would be dropping songs and videos that would keep his fans entertained.

“For me, I don’t like responding to who said this or that. I like to keep my energy on my music and work hard to secure the bags. The industry is big and everybody is entitled to what they want or care to listen to. I have been on this game for a long time and I know what my fans want from me; I know they want to be entertained. I am ready to keep them entertained,” he said.