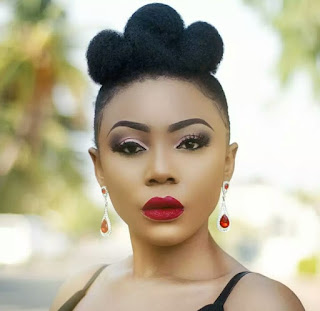 A former BBNaija housemate, Ifu Ennada says she would expose the identity of her abuser when the time is right.

The ex-BBNaija housemate revealed in 2018 that she was s3xually abused by a popular name in the entertainment industry and was also infected with a S3xually Transmitted Infection (STI).

Speaking with NAN in Abuja, she explained that she stopped talking about the rape because she did not want to be seen more as a victim than the businesswoman and entertainer that she is.

According to her, “I stopped talking about it because I didn’t want people to see me as just a victim.

“There is so much to it. I am above that but at the right time, I will expose my abuser. He is even in Abuja,” she said.

On using her platform to help other women overcome the trauma of rape, Ifu Ennada stated that she receives private messages from women and talks to them.

“I do private consultation with a lot of these women and encourage them the way I can.

“Also, I speak to young women at events for free to help them become better.

“I hope to do more especially now that I have a new, proper management. I hope to out and help more women.”