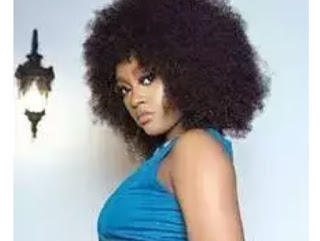 Nigerian music superstar, Davido’s girlfriend, Chioma has in the last one week  been topping news headlines on the internet over her rumoured pregnancy  for her singer boyfriend, Davido, and she has finally decided to react to the rumour.

A video of the two lovebirds surfaced online in which Chioma had a slightly protruding stomach assumed to be a baby bump and it was greeted with lots of mixed reactions by fans and the ‘expectant mother’ received lots of congratulatory messages and as well as a fair cut of taunts and mockery over the rumour.

The 24-year old chef however took to her Instagram page to send a savage reply to a nosy fan that slid into her DM to confirm if she was truly pregnant or not.

“Your mother and all your sisters are senseless. Did I tell you that I’m pregnant?”

Many are hoping Chioma’s reaction will potentially shut down the pregnancy rumour as her reply may have put paid to further nosy enquiries.

Title : Davido’s Girlfriend, Chioma Goes Mean On Pregnancy Rumour
Description : Nigerian music superstar, Davido’s girlfriend, Chioma has in the last one week  been topping news headlines on the internet over her rumo...
Rating : 5