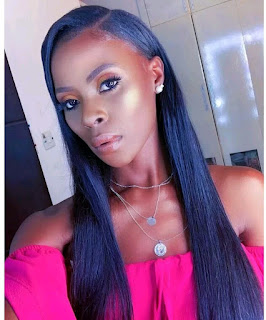 Marlians are in an excited state after their idol, singer, Naira Marley, was released from prison yesterday he was remanded for more than a month.

Videos that have been making the rounds online shows the singer being hailed and congratulated by his friends as he’s released from prison after he was arrested and detained for more than a month over alleged internet fraud.

Big Brother Naija’s Khloe has in light of his release, been spotted with the singer after he was released from Ikoyi Prison days after he was granted bail.

According to the model, she was present when he walked out from the facility a free man – this comes after she clashed with her colleague, Dee-One over the arrest and subsequent imprisonment of the singer by the EFCC.

See screenshots of her InstaStories below; 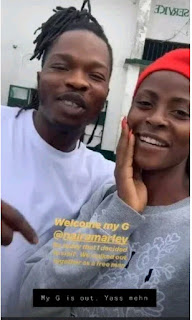 Title : BBN’s Khloe Spotted With Naira Marley Shortly After His Release From Prison
Description : Marlians are in an excited state after their idol, singer, Naira Marley, was released from prison yesterday he was remanded for more than...
Rating : 5