ASUU Warns Government Over State Of Security In The Country 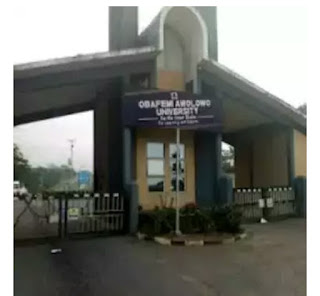 The Academic Staff Union of Universities (ASUU) has said that the country is sitting on a keg of gunpowder as she is now in the most frightening situations it had never been in the last 40 years.

It said a situation whereby people are routinely abducted in their homes, farmsteads and communities being invaded by highly skilled armed bandits; leaving in their trail gory tales of wanton destruction of lives and property is a pointer that the country is now on the precipice.

ASUU president, Prof. Biodun Ogunyemi, stated this after the national executive council meeting held at the University of Port Harcourt to examine the state of the nation.

The union said that since 1999, the political class, which relied on private wealth accumulated through their control of political power, had been pursuing a neo-liberalism economic agenda, which has its origin in International Monetary Fund (IMF)/World Bank’s Structural Adjustment Programme (SAP).

The ASUU president, who stated that the neo-liberalism stance of the government was the reason for abandonment of social services, stressed that public education system from the pre-primary to the university level had ceased to be the priority of Nigerian rulers.

He said: “In Ghana alone, Nigerian students spend about $1 billion (about N360 billion) yearly on tuition fees, which was higher than the budgets of Yobe, Ekiti and Taraba states in 2018.”

Ogunyemi blamed the general insecurity in the country as a result of increased power of the ruling class to worsen mass poverty through class monopoly of political power, privatisation of public resources, alienation of massive tracts of agricultural land to absentee farmers and landlords that drastically limit access of farmers and herders to arable land and pasture.

ASUU described the current war against corruption as illusory, selective and of dubious credibility.

The union urged Nigerians to take their destiny in their hands, saying that for those under the illusion that the country’s ruling class could build or are willing to build an independent, self-reliant, democratic and socially just country, the experience of the past 20 years should spurred them to have a rethink.

Title : ASUU Warns Government Over State Of Security In The Country
Description : The Academic Staff Union of Universities (ASUU) has said that the country is sitting on a keg of gunpowder as she is now in the most frig...
Rating : 5