ASUU Insists On Visitation Panels To Varsities For Transparency 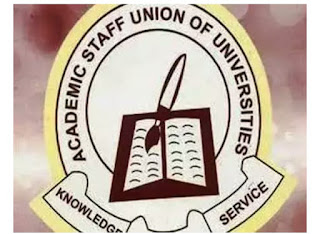 THE Academic Staff Union of Universities (ASUU) has insisted that the federal government must put visitation panel in place in order to promote transparency and accountability in Nigerian universities.

Speaking in Abuja, the association’s president, Professor Biodun Ogunyemi, said he was appalled that government had not given priority attention to the constitution of visitation panels to the universities despite reported cases of administrative and financial infractions in many of the institutions.

He said ASUU would not relent in its resolve to get the visitation panels in place.

The immediate past Minister of Education, Malam Adamu Adamu, had during his valedictory press briefing said the visitation panels could not be reconstituted since 2015 because of economic recession.

Adamu said: “Considering the fact that the nation went into recession between 2015 and 2017, the economy could not support the reconstitution of visitation panels.

“However, now that we have come out of recession and some level of improvement is being recorded in the economy, the federal government has decided to reconstitute visitation panels.

“Recommendations to this effect have been sent to The Presidency and approval is being awaited. We are optimistic that in the coming weeks, visitation panels to our universities, polytechnics and colleges of education will be constituted so that they can add value to the management of our tertiary institutions.”

But the ASUU president said it was unfortunate that months after the federal government promised to reconstitute the visitation panels, nothing has been done.

He recalled that at the point of suspending the 2018-2019 strike action by ASUU, the impression created by the “agents of government” was that what remained were mere administrative procedure, and that it would not take a week to release the membership of the visitation panels.

“More than 13 weeks after, government is yet to release the list of members or inaugurate the panels. It needs no belaboring that the visitation panels are key to bringing up and decisively addressing a number of reported administrative and financial infractions in many of our public universities today.

“ASUU will not relent in its resolve to get the visitation panels in place, if only in the spirit of accountability and transparency which the administrative advertises as its mantra,” he said.

Title : ASUU Insists On Visitation Panels To Varsities For Transparency
Description : THE Academic Staff Union of Universities (ASUU) has insisted that the federal government must put visitation panel in place in order to p...
Rating : 5