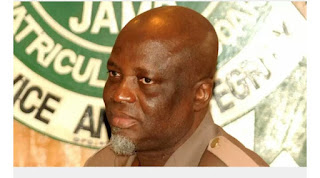 Joint Admissions and Matriculation Board (JAMB) says it will soon implement, in full, its Central Admission Processing System (CAPS) geared towards ensuring quality control, transparency and credibility of the admission process.

CAPS was introduced in 2017 by JAMB to ensure that candidates are fairly treated and to expand admission opportunities, as well as protect the academic calendar.

The chairman, JAMB Board, Emmanuel Ndukwe, who disclosed this at the unveiling of the re-modelled JAMB headquarters complex in Bwari, Abuja, said the delay in releasing the 2019 Unified Tertiary Matriculation Examination (UTME) result was to ensure that no candidate involved in malpractice goes unpunished.

Ndukwe assured that the 2019 UTME result would pass international integrity test, adding that the board had been working assiduously to maintain the integrity of the examination.

In his address, the Minister of Education, Adamu Adamu, commended JAMB for ensuring efficient service delivery to the public.

According to him, this has continued to be the flagship of the education sector in terms of transparent and honest service delivery.

This was contained in a condolence message to the widower, Mr. Michael Ahile, and the NYSC.

Mr. and Mrs. Ahile were involved in an auto crash along Keffi/Akwanga/Lafia highway in Nasarawa State. But the woman, who was critically injured, died on Friday at Lafia Specialist Hospital about 2pm.

According to Osikoya, the coordinator had made invaluable contribution towards the re-building process of Kogi education sector and humanity at large.

The message read in part: “The entire Kogi education sector condoles with her husband, Mr. Michael Ahile, and family, and the entire staff and management of NYSC for this great loss.

“Ahile was a committed and passionate pillar of Kogi education sector since her deployment to the state in 2017.

“Upon resumption, she partnered with our ministry to update and review corps members’ posting to public schools.”