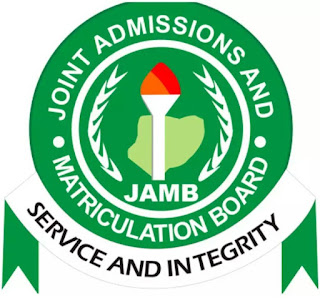 The Joint Admissions and Matriculation Board, JAMB, has continued to explain why it is yet to release the result of the 2019 Unified Tertiary Matriculation Examination, UTME.

The unsual delay has created room for anxiety and suspicion among some Nigerians.

Dr. Fabian Benjamin, JAMB spokesman, told The Sun on Saturday, that they appreciate the anxiety and concerns of candidates.

He, however, requested that JAMB be allowed to do the necessary things before releasing the result.

He said that though results were released pretty much earlier in 2017 and 2018, it was necessary for the board to improve on its credibility this time around.

According to him, many candidates had in the past, escaped with illegitimate acts they perpetrated during the UTME exercise, but that won’t be allowed to continue.

He said JAMB would take its time and scrutinise the outcome of the exercise to ensure that tertiary institutions are proud of whatever they get from JAMB.

He added, “We are gatekeepers but the entire security system of the house could be compromised, if we refuse to keep the gate.

“We would strictly follow the process so that we can get it right. We are less concerned about the time, but (more about) how well and credible (the results become); neither policy meeting nor admission will start this month. So, the delay will not affect any item on our timetable.

“The UTME results are intact and nothing has happened to them. No server has crashed and no other major challenge. The 2019 UTME exercise recorded malpractices but they were not as bad as they used to be.

“Even in previous examinations, there were malpractices but nobody noticed because of the way we handled them. We are not ashamed to admit that there are issues. But our pride is in getting it right. Once we get it right, it will serve as a message that it’s no longer business as usual.

“Illegality had thrived in the society of over the years because people failed to follow issues to (their) logical conclusion. But we have decided to do otherwise, and we need the support of Nigerians to achieve that.”

“Tertiary institutions who are our end users would also be proud of it.

“Our target is that candidates that commit any offence should not go unpunished. At same time, we don’t want any innocent candidate to be punished unjustly.”

Title : UTME 2019: JAMB Gives Update On Results
Description : The Joint Admissions and Matriculation Board, JAMB, has continued to explain why it is yet to release the result of the 2019 Unified Tert...
Rating : 5