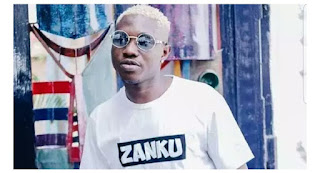 Obviously satisfied with EFCC’s decision to arrest the artists who he had been condemning for encouraging the crime, popular rapper, Ruggedman said; “I’ve been expecting people to carry placards in protest of their arrest but nothing has happened so far. Some people are even saying I was the brain behind their arrest which is funny because I do not have that kind of power; they played themselves. I advised him not to mislead people because a lot of people see their Benz life and want to be like them and it is fast becoming the norm. I was happy when I heard of their arrest because it’ll make them realize that people and the authorities are watching.”

While Davido threw his weight behind the artistes saying, “Marlian, free bro, nothing spoil, I got you”, Burnaboy lamented their arrest. “Now my day is ruined. No zanku at my show today. EFCC please release these guys”, he said.

Kemi Olunloyo advised EFCC to release them as quickly as possible because their fundamental human rights have been violated.

“The Economic and Financial Crimes Commission should immediately release those artistes. They were arrested like Fela for their popular culture stance, lyrics and what not. Their civil rights have been violated and their reputation has been damaged forever as they have an EFCC arrest record and were paraded to the world. All they need is a good US lawyer and watch damages paid to them. Our anti-graft agency has messed up this case”, she said, as Olamide urged Naira Marley’s fans to stay positive. “Stay positive Marlians.”

Celebrity filmmaker and Lawyer, Ayo Shonaiya shared his mixed feelings. “When I saw the picture posted by EFCC about the “arrest” of Naira Marley, Zlatan Ibile and other persons, I had mixed emotions. On one hand, I liked it because this is “that picture”. Just like world-famous celebrities who have at some point in their lives (often during their youth) run afoul of the law, and their mug-shots become famous, even to the point of people printing it on T-shirts”, he wrote.

Meanwhile, the EFCC Lagos Zonal office says the arrested artists have so far volunteered useful information about their involvement in the alleged criminal activities, even as investigations continue. They also revealed that they have plans to use the information volunteered by the suspects to charge them to court and that until then, they will remain in detention.