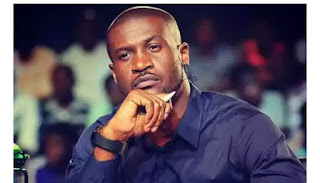 Peter Okoye and his elder brother Jude seem to be far from reconciliation following the latter’s recent revelation.

In a new interview, Peter reveals that he and his senior sibling are pretty much still sworn adversaries.

While speaking on the Midday Oasis show about his hard work and dedication to his craft. The happily married man revealed that he does a lot in putting out music as he is multi-talented and plays multiple roles when it comes to music production.

At the point when gotten some information about the association with his senior sibling, he expressed that they are not on talking terms. This is since they dropped out in 2017 and years after, things appear to be hostile between the Okoye siblings.

Meanwhile, Mr P says he has no regret leaving the Psquare team he once shared with his twin brother Paul.

He added that going solo provided him ample time to invest in multiple businesses without giving up his relevance in the music space.

“Being independent at the moment comes with a lot of impacts…I am opportuned to do a lot of things right now. Apart from being a musician, I am into real estate. I have launched my lottery platform. It is called zoom. It came out two months ago. Every month I give out two million naira to four individuals,” the singer said.

The award-winning musician, who revealed that he has a clothing line and a beverage factory in the pipeline, also said as a solo artist, he now spends more time with his family.

“I can decide when not to travel or go do anything and enjoy my family time. Not the one that my kids would go on family holidays and I can’t go because when I am going, they’ll say we have a show. Now I can decide,” he said.

“Am doing a lot for myself now and I have no regret about it.”