Naira Marley Dragged Simi After She Denied Snubbing Him At An Event, Calls Teni Biggest Female Artiste At The Moment 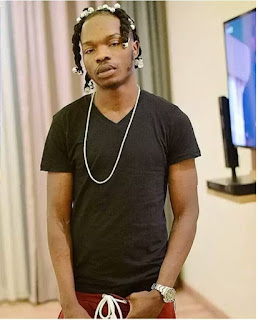 Naira Marley has fired back at Simi, after she denied snubbing him at an event they attended during an interview she had recently with BeatFM.

Recall, that Simi had said she had no grudge against Naira Marley as they aren’t enemies neither are they, friends. She went on to say that during the said event, they didn’t even talk to each other or make eye contact.

“To be honest with you, I have zero issues with Naira Marley, I don’t have anything against him, he is not my enemy. We are not friends, we are not enemies. I saw him coming, we did not make eyes contacts, he did not talk to me, I did not talk to him. It is funny because he didn’t do anything to me, he did not directly disrespect me, he is not the first person that would say what he is saying.

I’m not a stupid person, I’m not going to antagonize you because I’m not dumb. I like to mind my business. Probably he saw something and said something else. But he never spoke to me, he didn’t approach me and I saw that and I said whatever makes you happy. And for me I’m a big picture person, I look at the big picture and if you are not in the picture, I’m not going to stress myself” she said.

However, Naira Marley then fired back at Simi after she denied snubbing, saying that there were ‘bigger’ artistes at the event who acknowledged him alongside Teni who is the ‘biggest female artiste in the industry at the moment’.

Though he admitted that they didn’t talk, however Naira Marley stated that Simi was hating and guilty all along in the interview. He also faulted her claim of not seeing him in the bigger picture.

0 Response to "Naira Marley Dragged Simi After She Denied Snubbing Him At An Event, Calls Teni Biggest Female Artiste At The Moment"