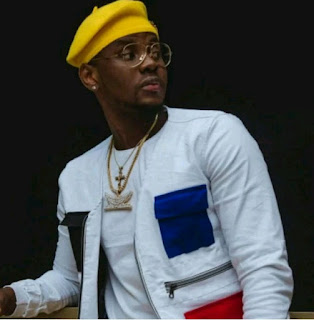 A romantic comedy ‘Love Me’ is set to hit the screens in June.

others, ‘Love Me’, set in the modern day in a 5-star Hotel, explores the universal love triangle between the opulent lover and the ordinary one – both vying for the same girl’s heart.

A feisty and charming hotel cleaner’s life goes topsy-turvy as she gets torn between Nigeria’s chart-bursting music star, who is madly in love with her and ready to splash the cash just to prove it, and her lovable but flawed boyfriend, who is also crazy about her and ready to prove it with a proposal. Both men are great conversationalists, sensitive listeners and great lovers but Kemi can only choose one, leading to an inevitable and hilarious clash of romantic titans.

‘Love Me’ teaches the values of a strong character, courage to make the right choices and also addresses true friendship.

According to producers of the movie, Africa to America Production, ‘Love Me’, which is currently being shot in Lagos, will captivate a broad base of audience with its storyline, characters and cinematography. The cast and crew of the movie will shift location to Dubai in the UAE next month.

Speaking about the project, the producer, Dozie David Atueyi, said that every detail was given optimum consideration, from the location, cast to the technical part of the movie and assured it would blow the minds of its audience.

“We had to reach out to people with proficiency in their fields, a director whose meticulous attention to detail was necessary for the project, who flew all the way from Australia to direct thisproduction,” said Atueyi.

“Apparently, some of the cast in the movie were debutants on set, like Kizz Daniel and  Chidinma which informed the need to employ a coach – Israeli born Ronya Man – for the project. And because some of our cast are fresh actors, it also became necessary to bring in a coach to train these people to give it a semblance of what is obtainable in Hollywood.”

Ronya who runs the RMA Training and Production Outfit, said: “I have been coaching drama for more than a decade working in Nollywood with several actors and directors and I can tell you, this production was quite fulfilling. A lot of thought and effort was put in the screenplay being shot in Lagos and Dubai sort of distinguishes it.”

Also speaking on the project, an actress, Vivian Anani, said; “In my over 20 years of being in this business, this is one of the best productions I have seen and been involved in.”