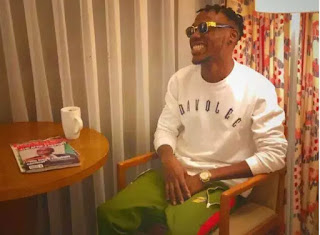 Davolee has reportedly dumped YBNL for a new record label, “New Nation Muzik” in an alleged feud with the label boss, Olamide.

Davolee who confirmed that he has dumped YBNL which has been his home for two years for a new record label, shared a post via his insta-story with the caption “onto the next one #NewNationmuzik #DavoleeWay #NewFamily” .

It was further alleged that insiders said Davolee who was never offered a real contract by the music outfit owned by Olamide, was quite dissatisfied with the way he was managed. Here is the post he shared below which was deleted shortly after. 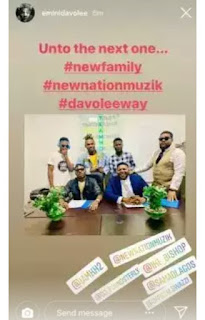