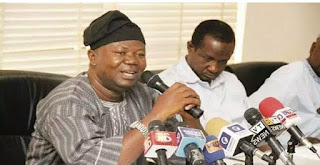 The national leadership of the Academic Staff Union of Universities (ASUU) has directed its various branches to decide whether to suspend the nine-week-old strike based on the outcome of its meeting with representatives of the Federal government on Monday.

The government through the Federal Ministry of Finance and the office of Accountant General of the Federation, said N15.389.940,335.71billion to accommodate payment of shortfall in all institutions would be paid to the universities.

After the meeting, the minister disclosed that President Muhammadu Buhari had approved N20 billion for payment of outstanding arrears of the 2009 and 2012 Earned Academic Allowances to the already verified universities.

In compliance with the directive,ASUU zones made up of branches are expected to meet yesterday (Wednesday) and today to take a position on whether to suspend or continue with the strike.

One of the national officers of ASUU said that the zones were expected to forward their decisions to the national body which in turn would convey the National Executive Council (NEC) meeting for final decision.

His words: “Many people expected ASUU to have suspended the strike on Monday evening or on Tuesday. It doesn’t work that way, we have procedure for suspending a strike. The mandate to go on strike was from the branches, so we have to seek their consent before taking any position.

“The branch chairmen will be briefed on the outcome of our national leadership meeting with government representatives and what was put on the table. They will examine the commitment of government and then take a decision on whether to suspend or continue with the strike. Nigerians should give us till this week to digest what is on the table.’’

It was gathered that ASUU Lagos Zone, would meet yesterday (Tuesday) at the University of Lagos to take a position and forward the outcome to the national secretariat.

After the meeting on Monday, the National President of ASUU, Prof Biodun Ogunyemi, disclosed that the NEC would review its decision based on the Federal government commitment.

Prof Ogunyemi also stressed that the strike could only be suspended after the NEC meeting. The union leader did not state when the meeting would hold.

he said: “We have had an extensive session looking at all issues. There are issues that require further consultation at the level of our union before we can take a stand.

“In view of this, the government has promised to reach us as soon as possible with a written proposal on those areas we need further consultations. And when we receive that, we shall treat (it) accordingly and get back to the appropriate quarters.”

In a related development, ASUU on Tuesday sought public opinion about the ongoing industrial action through its tweet handle: ASUUNGR and the question ASUU posed was: “What should be NEC resolution?”

The result of the opinion poll was that 68 per cent of the respondents asked ASUU to call off the nine-week-old strike while 32 per cent insisted that the union should wait for full government compliance.

Title : Strike: ASUU Meets To Decide Students’ Fate, Call For Opinion
Description : The national leadership of the Academic Staff Union of Universities (ASUU) has directed its various branches to decide whether to suspend...
Rating : 5