Following the viral reports, some news outlets also reported that the veteran entertainer was abandoned by his colleagues, whom he groomed in the rap game.

However, in his reaction to the report, veteran music producer ID Cabasa has denied that  Lord of Ajasa has been left alone by colleagues. According to ID Cabasa, other established music acts have come together to offer him assistance 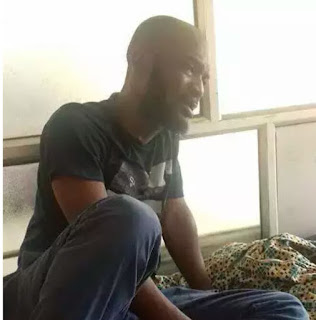 “My attention has been drawn to a rather alarming post about Lord of Ajasa’s health. I believe it is necessary to quickly address this before the public is misinformed. Lord of Ajasa was diagnosed with Pelptic Ulcer and he is currently at the Hospital and being attended to.
@baddosneh @9iceofficial @babanla2phat and myself have been in touch with the wife and Ajasa.

Let everyone be clear that Ajasa has not been neglected as been widely suggested by certain people. I speak for everyone concerned when I say that We are not aware of the online post making the rounds which is not necessary. To set d record straight Ajasa is not a wasteful Artiste or careless as being suggested by a lot of people. I pray we don’t get ill or sick… He is responding to treatment and hopefully might not need surgery. Please let’s pray for Ajasa”.

The ailing Lord of Ajasa is a native of Akure, Ondo State and was born Olusegun Osaniyi. He was crowned the Lord of Flavor (Ajasa is Yoruba term for flavour) while still at the Polytechnic in Ondo state, where he majored in Quantity Survey. He is famously known for his potent lyrics etched in deep Yoruba lingua.

Following Lord of Ajasa’s emergence into the limelight with the track titled “Ma Yi Lo” in 2000, he became an unstoppable music sensation who went on to drop the 2005 rave single, “Otiya” that shot him into major prominence. The success of the single led to the release of his debut album titled “It’s Too Much” that same year. His impact and creative ingenuity in the music industry is widely acknowledged by music lovers and critics.