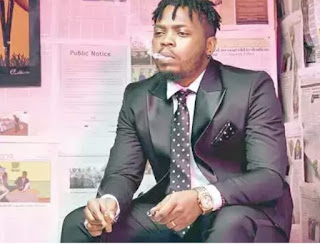 For YBNL boss, Olamide, picking up from where he stopped last year is the next on his agenda. For somebody, whose songs ruled the airwaves in 2018 for the good and bad reasons, the plan is to continue to get better.

The rapper in his New Year message to his fans, said he had never attempted to be the best and he would never try to be, adding that the goal for him is to keep getting better and winning all through the year.

Speaking on what to expect from him in 2019, Olamide said the plan was keep moving from one level to another without forgetting his roots.

“My plan for the year is huge but I just want to keep following the plans as they unfold,” he said.

“I understand my music and what is expected from me. I know there were some misconceptions last year but I will not stop using my music to talk about the ills in the society. I will never encourage people to go diabolical because they want to make money,” he said.

With a new song and video ready to be dropped in a matter of weeks, Olamide said he would rule the year again but this time with good vibes and great sounds.

Title : I Am Ready For 2019 - Olamide Reveals
Description : For YBNL boss, Olamide, picking up from where he stopped last year is the next on his agenda. For somebody, whose songs ruled the airwave...
Rating : 5