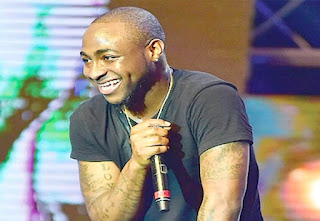 Davido has reacted to the wedding between Adekunle Gold and Simisola Ogunleye.

News of the wedding between the two music stars broke on Wednesday morning causing a frenzy on social media.

Simi and Adekunle Gold’s continuous denial of their relationship left fans confused until a picture showing them kissing during her sold-out Lagos concert was released few weeks ago.

Speculations intensified in 2016 when they released the joint album, ‘Chemistry’ with controversial and intimate cover art.

The white wedding has reportedly been scheduled to hold on Jan. 10, with only 300 lucky invited guests billed to witness the epoch making event at Ilashe Beach.