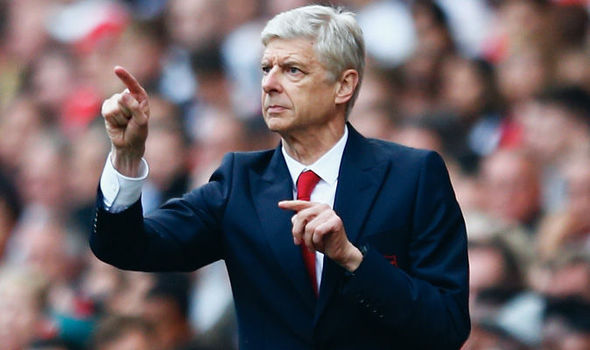 Arsenal’s 2-0 win over Brighton on Sunday, means that Arsene Wenger has beaten old foe, Sir Alex Ferguson and set a new Premier League record.
Arsene Wenger beat a record he shared with Sir Alex Ferguson as Arsenal stormed to a 2-0 victory over Brighton and Hove Albion.
Goals from Nacho Monreal and Alex Iwobi either side of the break sealed a convincing win for the Gunners at the Emirates to take Arsene Wenger’s side to fifth in the English top flight.
Wenger was understandably delighted at the final whistle as Arsenal came away with three points but there was extra reason for the Frenchman to be chuffed with the win.
The victory meant Arsenal’s manager broke the record he shares with legendary Manchester United boss Ferguson for wins versus Premier League teams.
Brighton became the 45th side to be beaten by Wenger as the manager celebrates his 21st anniversary at Arsenal.
The north London giants head to Watford after the international break before hosting Crvena Zvezda where they will be looking to continue their seven-match unbeaten run.
NOTE:- if you are having problems downloading via your android device, hold on the download button and select "SAVE LINK" Or use another phone browser, for problems downloading via PC/Laptop simply right click the download button and select "SAVE LINK AS".