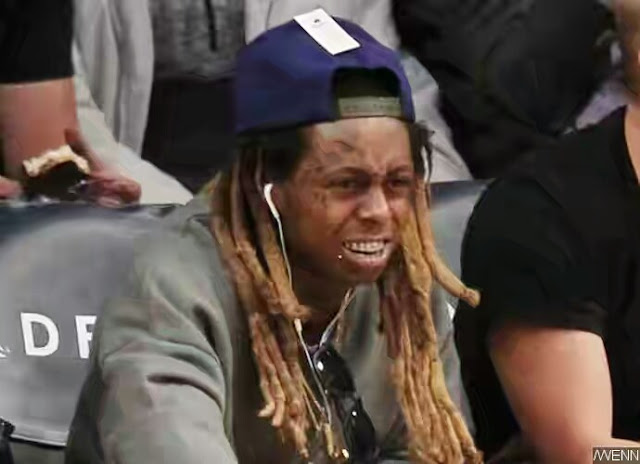 US rapper Dwayne Michael Carter, Jr popularly known by his stage name Lil Wayne has been hospitalized.
The rapper was taken to Northwestern Hospital after he was found unconscious in his Westin Hotel room on Sunday afternoon (Sept. 3) where he suffered an epileptic seizure.
This was revealed by TMZ in a report on their website.
Read below:
Multiple sources tell us Wayne was hospitalized Sunday in Chicago.
He was rushed to Northwestern Memorial, where we’re told he suffered yet another seizure. Our sources say his team tried to have him discharged late Sunday afternoon so he could make it to his Vegas show.
However, doctors advised against the discharge, saying he should be grounded for a few days.
Wayne has suffered seizures while flying before, and the doctors felt it was too risky. He very well may still be at the hospital.
Wayne is supposed to perform at Drais Beachclub in Vegas at midnight alongside Rae Sremmurd, although it’s unclear if he’s still planning to show as of this writing.
Seizures have plagued Wayne for years. Just last year he had to cancel an appearance in Vegas because of his epilepsy.
NOTE:- if you are having problems downloading via your android device, hold on the download button and select "SAVE LINK" Or use another phone browser, for problems downloading via PC/Laptop simply right click the download button and select "SAVE LINK AS".