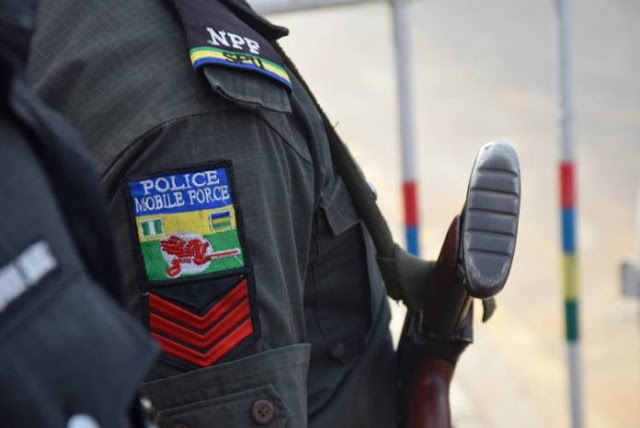 The Police in Enugu have arrested one Ikechukwu Nnadi Daniel, popularly known as Dan, a suspected member of a notorious kidnap and robbery group called Umu Malaysia.
A statement by the Spokesman of the police command, SP Ebere Amaraizu noted that Umu Malaysia, the dreaded group is linked to various criminal activities ranging from kidnap, robbery, burglary, theft, and murder of people within Nimbo/Adani/Opanda axis of Uzouwani Local Government Area of Enugu State.
Amaraizu said the suspected notorious kidnapper, Ikechukwu was arrested recently after an operation borne out of intelligence information in the ongoing onslaught against crime and criminality in the area and its environs.
Ikechukwu, now helping the police in their investigations in relations to the alleged criminal and nefarious activities, has been on the wanted list of the police after he was linked with an allege kidnap and murder of one Enechi Ejiofor and one Emmanuel Okeja on December 13, 2016 and January 3rd, 2017 respectively.
The Enugu State police command spokesperson assured members of the public particularly residents of the state that it will not rest on its oars in the ongoing onslaught against crime and criminality until the entire area and its environs.
“The command has vowed to sustain the tempo of the ongoing onslaught against crime and criminality in Adani and Nimbo axis of Uzo-Uwani Local Government Area of Nsukka Zone of Enugu State,” he said, adding that, there will not be any hidden place for any criminally minded person and hoodlums in the state.
NOTE:- if you are having problems downloading via your android device, hold on the download button and select "SAVE LINK" Or use another phone browser, for problems downloading via PC/Laptop simply right click the download button and select "SAVE LINK AS".

Title : Suspected Notorious Kidnapper Arrested In Enugu State
Description : The Police in Enugu have arrested one Ikechukwu Nnadi Daniel, popularly known as Dan, a suspected member of a notorious kidnap and robbery ...
Rating : 5