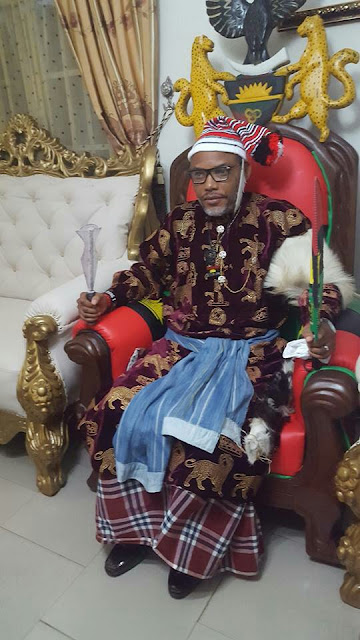 The leader of the Indigenous People of Biafra (IPOB), Mazi Nnamdi Kanu, has been reportedly honoured with the highest title in Igbo land, south-eastern Nigeria.
Kanu was decorated with the title of the ‘greatest Biafran Warrior’ by the Odumeze of Ohafia, Abia state, and other elders, according to Somto Okonkwo, who posted the photographs on social media.
Kanu, according to Okonkwo, is now the Otu Onye Nakpu Ogwe 1 of Biafra Land.
However, the controversy that seems to have emerged from the award of the title is the place of the late Biafran warlord, Odumegwu Ojukwu. Ojukwu, who was an officer of the Nigerian Army before the war, is often described as a warrior and even had a title to that effect.
Aniebo Nwamu, a Nigerian analyst, recently said: “One of the prominent titles conferred on Ojukwu on his return from exile in 1982 was Dike Di Ora Mma (The warrior loved by all).”
He described the title as “an apt description of the visionary from the east who was born in the north and grew up in the west.”
Until months ago, Nnamdi Kanu had been in detention on the order of the federal government over alleged treasonable offences.
The government is also reportedly asking the court to withdraw the bail condition it granted Kanu with the argument that he had abused some of the conditions he was given.
It had earlier reported that Nnamdi Kanu, on Wednesday, September 6, received some IPOB supporters who were released from alleged military detention.
It was gathered that the unarmed youths were detained on Monday night, September 4, at the popular Isi Gate area, after they clashed with the army.
See more photos: 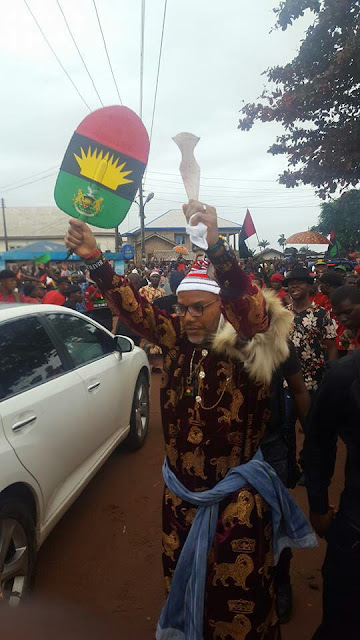 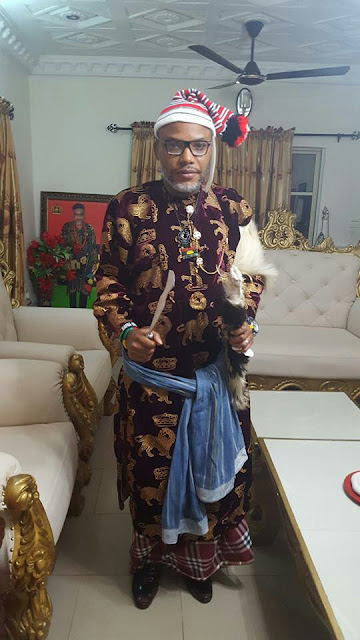