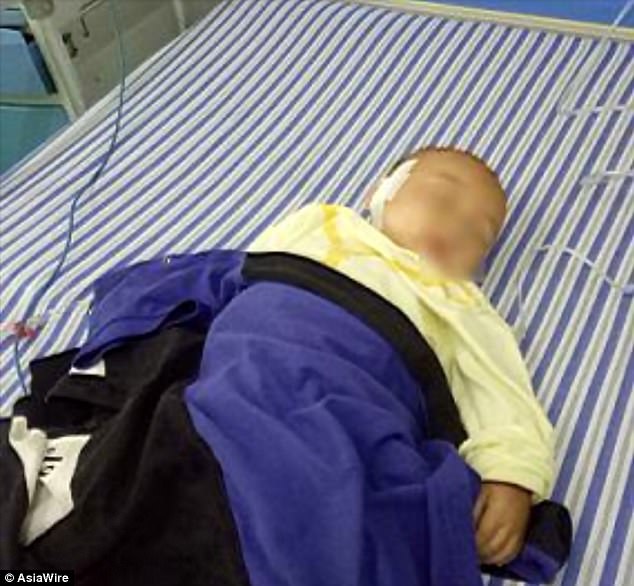 An eight-month-old boy was shot in the face by a crossbow arrow just steps away from his home in south-east China. The arrowhead became stuck in his cheek after his horrified grandmother broke the arrow while trying to pull it out from the boy’s face.
Doctors removed the arrowhead from the boy’s 0ral cavity after a 30-minute operation.
According to Jiangxi Metropolitan Daily, the boy was shot in Fengcheng, Jiangxi Province, on the evening of September 26.
His grandmother, Li Xiantao, heard the baby crying while carrying him.
To her surprise, she noticed there was an arrow lodged in the infant’s face and she quickly pulled it out.
However, the action left the baby bleeding. The arrow also broke into two parts.
Doctors from The First Affiliated Hospital of Nanchang University carried out a computerised tomography (CT) scan on the boy. 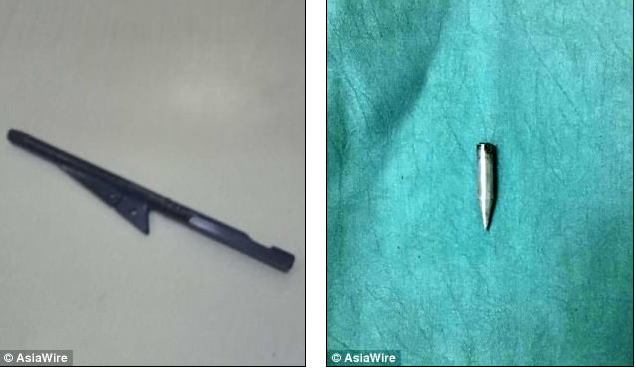 They found a four-centimetre-long (1.57 inches) metal arrowhead stuck in his cheek.
‘The arrowhead entered his head in front of his right ear and got lodged near his mouth,’ said Dr Yan Junfeng.
The baby underwent a 30-minute surgical operation to have the arrowhead removed from his mouth.
He had to stay in the hospital for seven days for further observation.
NOTE:- if you are having problems downloading via your android device, hold on the download button and select "SAVE LINK" Or use another phone browser, for problems downloading via PC/Laptop simply right click the download button and select "SAVE LINK AS".

Title : 8-Month-Old Baby Survives After Being Shot In The Face By An Arrow (Photos)
Description : An eight-month-old boy was shot in the face by a crossbow arrow just steps away from his home in south-east China. The arrowhead became stu...
Rating : 5